Chamonix is a beautiful French mountain town, one I was glad to be waking up in.  We started our morning by visiting a bakery.  John and I got a raspberry tart and a normal sized chocolate croissant to share.  Jeremy opted for the gigantic chocolate croissant.  And James got a set of 4 (!?!) apple beignets.  So delicious! 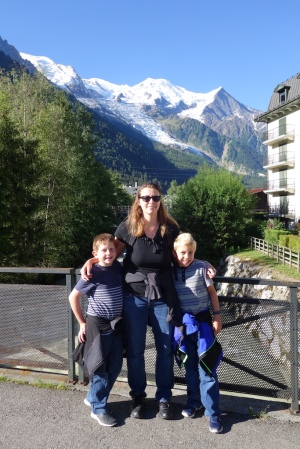 After breakfast, we were on our way up the mountain.  At first, we were just going to spend the day hiking, but then we decided that since it was such a clear day, we would start our morning by going back up to Aiguille du Midi and continue into Italy via the Helbronner Point gondola.  Note that if you have the multi-day pass, there is an extra charge to go on the second gondola. 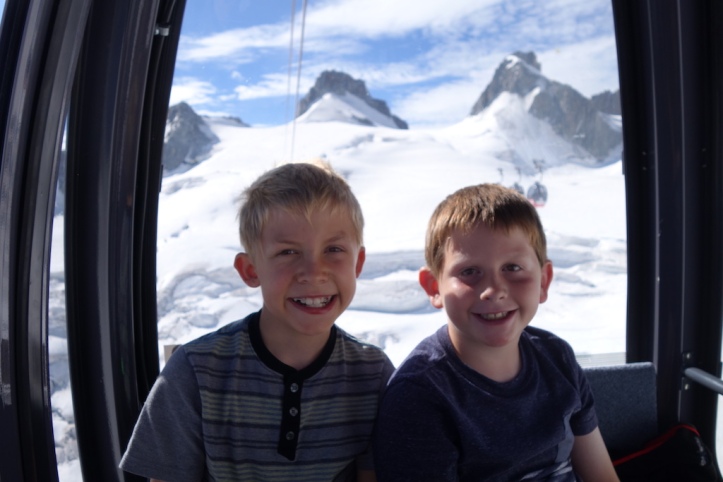 The ride was quite clear.  On the first leg, we saw the hiking paths down below.  At the top, we were going to do the “Step into the Void” (an attraction with a plexiglass floor) but it already had a long line that no one really wanted to experience.

At this point, we got on the Helbronner gondola.  The views were spectacular.  Beautiful mountains, lots of snow, and some scary looking crevices. 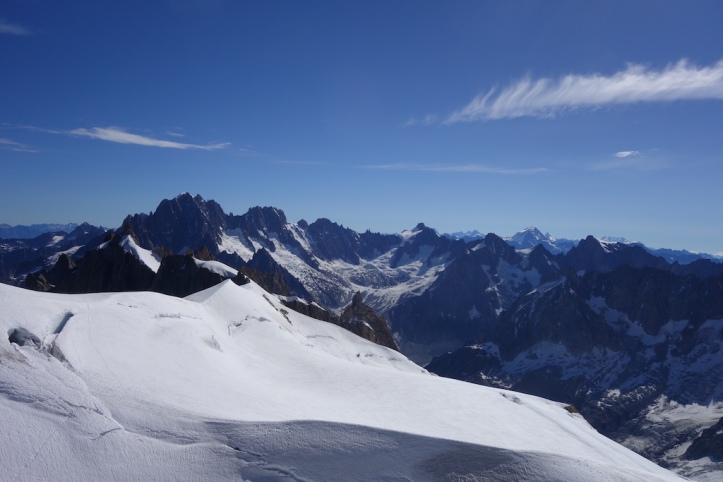 To our surprise, we saw quite a few hikers. Nearby Mt Blanc is France’s highest mountain. One set of people looked a bit more like a rescue crew!?!  Although not all that surprising given how close some of the hikers were getting to the crevices.  There were two guys holding ropes that disappeared into a crevice.  Hopefully they were just being a bit silly and taking a look inside, but it looked bad from our perspective…

The ride was about 30-40 minutes each way.  The other side was smaller, we saw the Matterhorn in the distance, and took a few pictures. 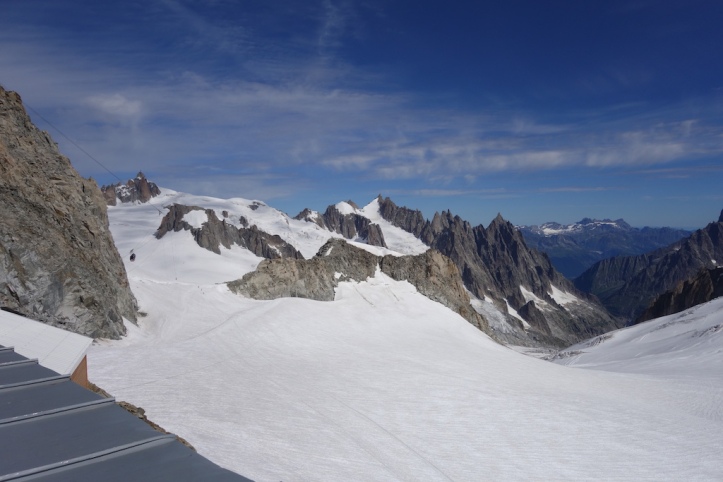 There was a nice walking path that took us a ways away from the buildings.  But the glacier avalanche signs were prominent. 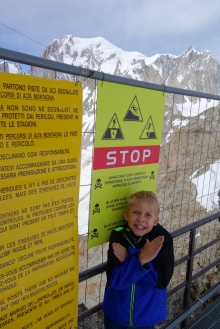 We did venture down onto the snow, but fearing the crevices, didn’t go far.  On the way back, someone offered to take our picture. 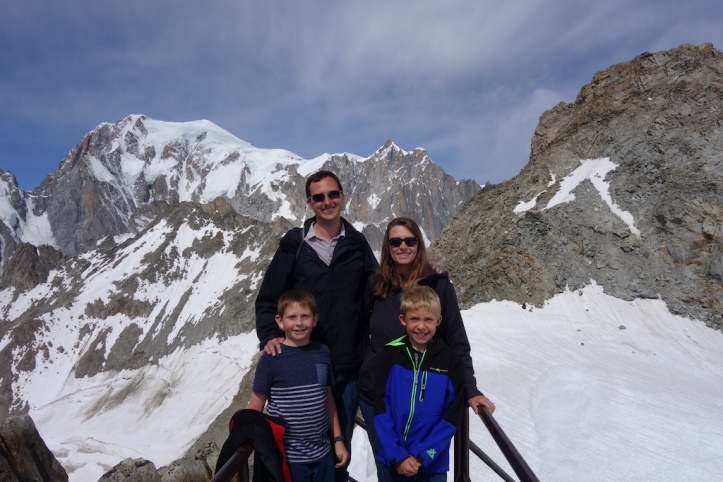 Quite fun!  We were glad we went.  If you have a clear day, definitely consider making the trek here.

The Hike to Mer de Glace

After finishing at Helbronner Point, we jumped back on the gondola back, and rode the car down to the midway point, where we got some sandwiches for lunch and ate them on the lovely terrace. 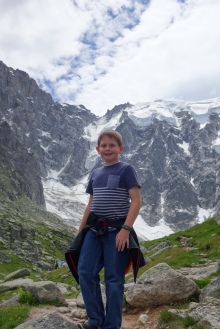 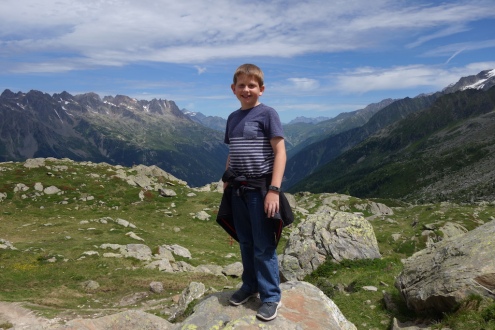 There were quite a few people out and the views were amazing.  The terrain was quite rocky, and reminded us of the Eiger Trail, one of our favorite hikes in Switzerland. 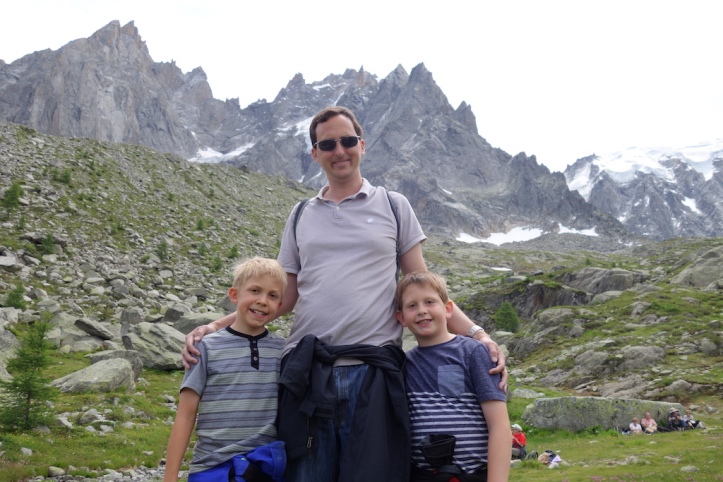 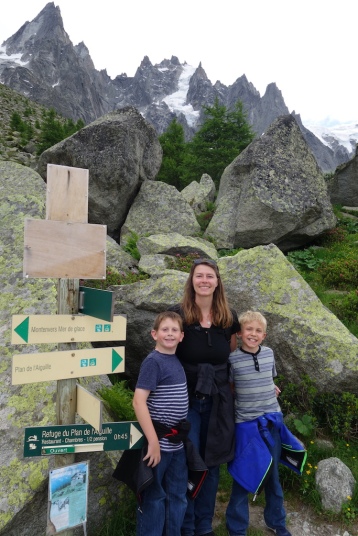 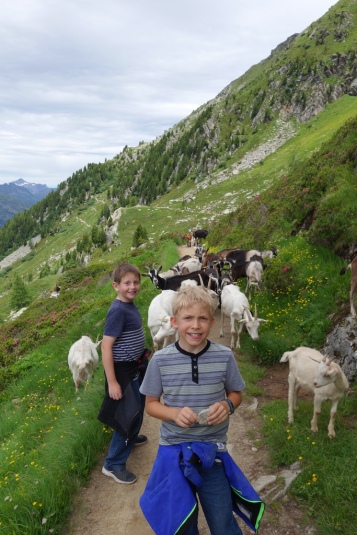 Towards the end of the hike, Jeremy had some bad luck.  First his pants tore in an unfortunately place.  Good thing he was able to tie his jacket around his waist to cover it up.  Then, given that we only had street shoes rather than hiking boots, his shoe slipped on some gravel and he fell over a small cliff, about 5 feet high.  Fortunately we were reasonably close to the end, about 10 minutes away, but his foot was injured to the point that he had to limp off the mountain with us having to help him somewhat. 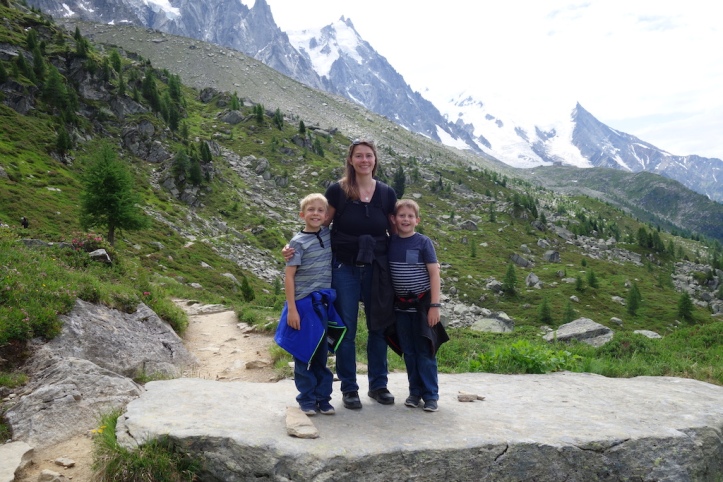 We made it down, but it was slow going. 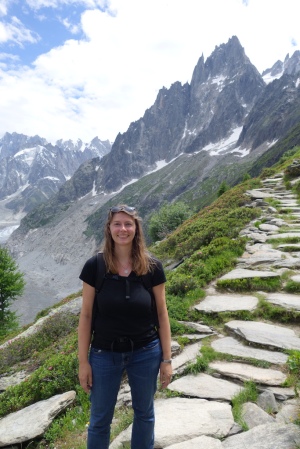 Upon arrival to the town, we got coffee and cake at our hotel’s coffee hour, then rested a bit and took it easy, especially given that Jeremy was supposed to drive the following day to the Loire valley.