This post continues on our series of  our 2017 quest to visit all  21 historic Spanish missions along a roughly 600 mile stretch of California.

With the current pandemic, nobody knows when travel will reopen again – and we’re naturally not recommending traveling right now. Perhaps places “closer to home” might be the “first step” as things gradually do reopen?

Particularly if you live in California, there are some historical treasures like these “in your backyard” that are definitely worth seeing.  One thing that struck us when we also visited Peru in 2017 was the similarity of the California missions to some colonial churches in Peru. It underscored the insane vastness of Spain’s colonial empire hundreds of years ago, spanning thousands of miles across both American continents.

In any case, since we were based in the Bay Area, seeing the central coast missions would be more effort (compared with the day trips we took around the Bay Area), so we combined them into a single weekend trip, between Santa Barbara and Soledad. We mistakenly took relatively few pictures, but thought we’d offer up a few thoughts of highlights. 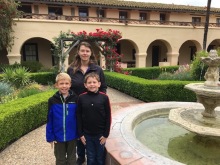 The seven missions that we saw on this trip, from south to north, were as follows:

Weekend Itinerary from the Bay Area

Since we came from the Bay Area, and wanted to keep the kids entertained/happy, we ended up seeing these a slightly round-about manner, as well as sprinkling in a few other things: 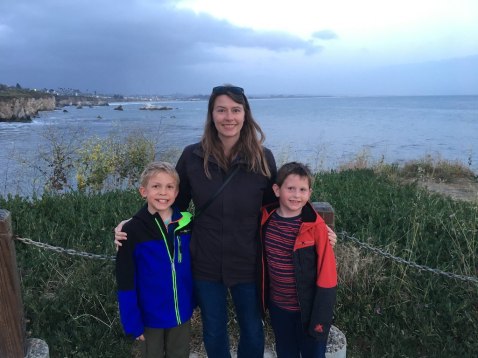 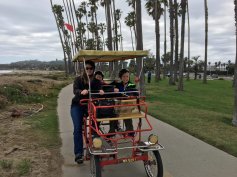 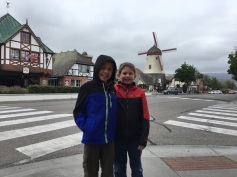 It was quite a bit of driving, and one could take more time to do the trip. But, there’s only so much time one can spend in historic missions with grade-school age kids. Still, we had a lot of fun seeing these places.

Here are some thoughts about the various missions, listed in order of our preference:

Headliner – Santa Barbara: Mission Santa Barbara is known as the “queen of the missions” and is probably the best of the group (pictures are from an earlier trip). It’s in great shape, has nice views of the nearby mountains and sea, and we’d definitely recommend a stop in you’re in the Santa Barbara area. 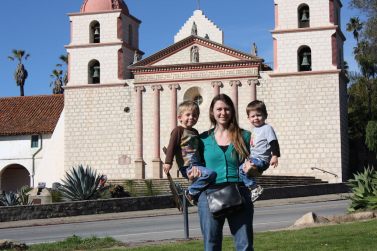 Most reminiscent of a working ranch  – Lompoc: The Mission in Lompoc (La Purisima) is run as a state historic park, and was one of the more memorable missions out of the entire 21, since it felt like a working ranch. It’s quite vast and rustic – and had various rooms set up as workshops. At their peak, some of these missions owned tens of thousands of cattle, but that factoid felt quite abstract until we visited this one. It’s a fun visit for the kids, and not too far from Santa Barbara. 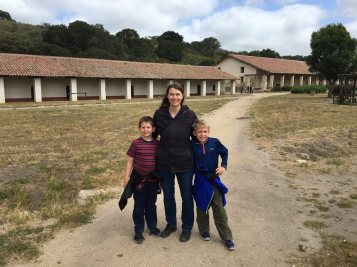 Small and manicured  – Solvang: Mission Santa Inés (Ynes) is almost the opposite of the nearby rustic La Purisima in Lompoc – it is small, but well-kept, with nice gardens in the center. It’s just a couple minutes outside the faux-Danish village of Solvang, so easy to see and then stop for a tub of cookies from one of the town’s many bakeries.

Downtown in a college town- San Luis Obispo:  We’ve been to this one a few times over the years, since it’s a convenient stop if you’re in mid-coast, going to either Pismo Beach or Hearst Castle. This one is perfectly pleasant to see, with some nice displays, and effectively in the middle of a downtown. It maybe feels maybe a bit less distinctive compared with some others, but feels representative of a typical mission.

Frescoes – San Miguel: Mission San Miguel Arcangel had some nice indoor exhibits in the various rooms. It’s right off 101, if you’re driving through the area.

Most remote – Jolon: Mission San Antonio de Padua in Jolon takes the cake here – it’s a solid trek into the hills off 101, and requires you to drive through a section of a military base to get there. It was being renovated when we visited, and has a nice rose garden in the middle.

Probably skippable – Soledad: Nuestro Señora de la Soledad is fairly small, and was essentially entirely rebuilt in the 1950’s, since the original mission was destroyed by the elements. (To be complete, San Gabriel in Southern California and San Rafael in Northern California area are also in this category for us).