On our third day in Barcelona, we ended up dealing with a bunch of medical issues, as well as visiting the Picasso Museum and Park Guell. The day wasn’t exactly what we hoped for, but we made it work and had a bit of fun. 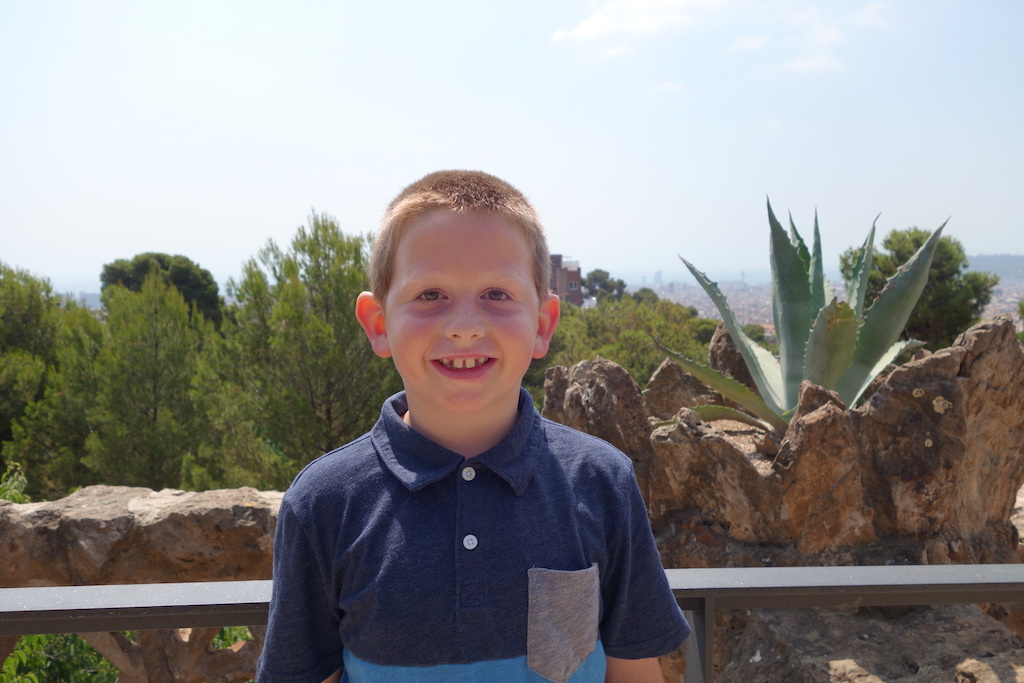 While we have gone to pharmacies in other countries to get advice, and even visited a doctor’s office in Switzerland, this would be our first time with an English-speaking traveling doctor coming to our hotel room.

Jeremy woke up with a cough, as well an eye infection. Sometimes travel happens like that, but fortunately none of the rest of us caught either. We did a Google search, and found an English speaking doctor service. If that hadn’t worked, we would have called the hotel front desk. We called the service at 7:25am and were told that a doctor would arrive by 9:00am, but in reality, he arrived by 8:20am – less than an hour from calling. At home, I usually can’t even get into urgent care in that time frame.

We weren’t entirely if the cough medication the doctor prescribed was strictly necessary, but decided to go with it and hope that things would clear up quickly so that we could get on with more-pleasant sight seeing. Let’s just say that  the Picasso Museum was somewhat more vivid with the meds.

Compared with the US health system, things were somewhat easy and inexpensive. Obviously, we had to pay for the visit out of pocket, but at 150 Euros, it really wasn’t all that bad considering the level of service. If we would have been willing to wait longer, we probably could have used a different service and paid less. If you keep your receipts, you may even be able get some back from your PPO plan at home or travel insurance. Expect some amount of hassle, but do see a doctor overseas if you need one.

Immediately after the doctor left, we went out to pick up the inexpensive prescriptions, picked up some breakfast at a bakery, and went back to the hotel to eat.

Having been thwarted by free Picasso Museum tickets two days before, we decided to go check out the museum with a paid ticket. While I usually don’t enjoy modern art, I thoroughly enjoyed this museum.

John was particularly interest in the section that dealt with the history of Picasso. While we glossed over the cause of Picasso’s craziness, some of the things he did during this era were very intriguing to little boys. Why would you cut off your own ear?

No pictures inside, naturally. The art was also a lot of fun to examine. I particularly enjoyed some of his earlier, more realistic works. The boys giggled a lot at the bizarre nude pictures, but mostly, we all enjoyed the time spent there.

From here, we decided to take a cab to Park Guell. The day before we had wandered through the newer section of town to see some of Antoni Gaudí’s architectural works, but with Jeremy’s cold, we ran out of steam and failed to see Park Guell. 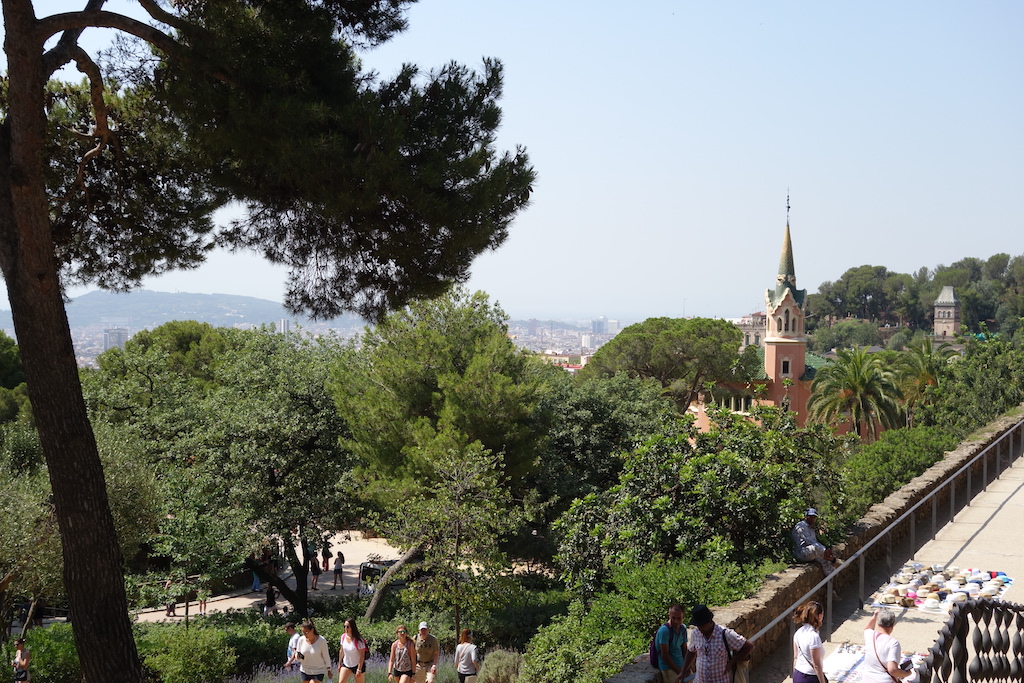 On arrival, we were disappointed to learn that timed tickets were required and that the next available wasn’t until 2:30pm. While a little unsure of how much energy Jeremy would have, we decided to wander around the neighborhood a bit. To our surprise, it was quite pleasant to look off the hillside, listen to musicians, and play in a playground. 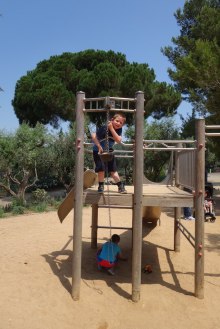 Upon entry, we were all delighted with the architecture and delightful environment.

What a delightful way to spend the morning!

After taking a cab back towards our hotel, we decided to find lunch. Meal times in Spain are quite late and lunch before 2:00pm is quite hard to find if you are trying to avoid tourist trap restaurants. Fortunately our excursion pushed our lunch to the correct time, if a bit late, and I had some delightful paella and sangria. Sometimes a giant glass of sangria is just what you need to relax from a few days of traveling in a foreign country with preschoolers and a semi-sick husband. 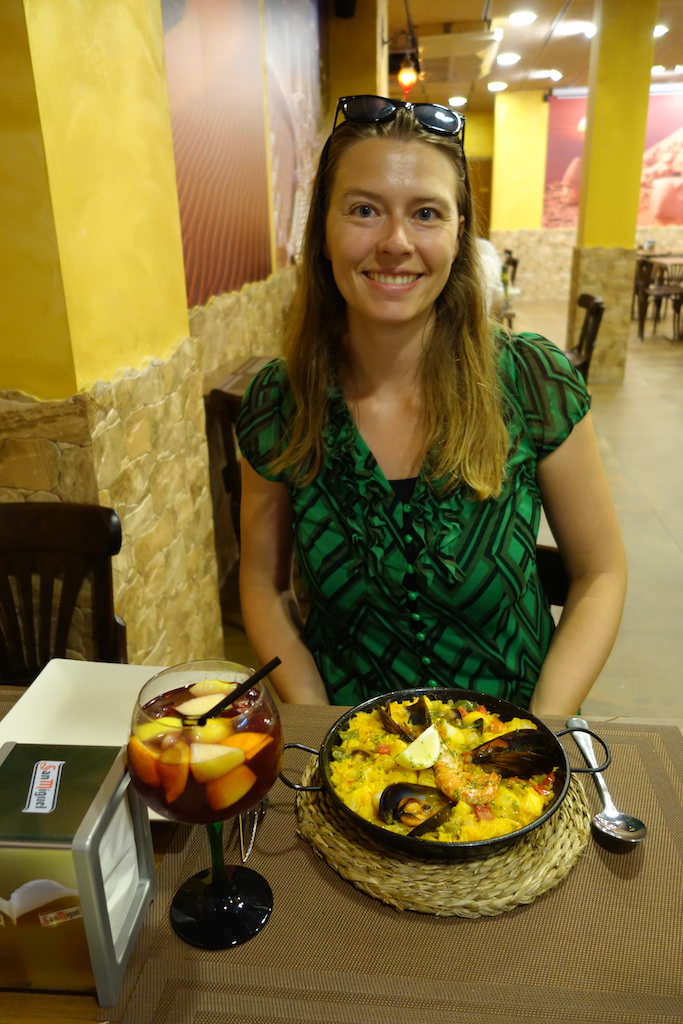 After lunch, we decided to stop by a few shops and pick up some souvenirs for the boys, then wander down by the marina. 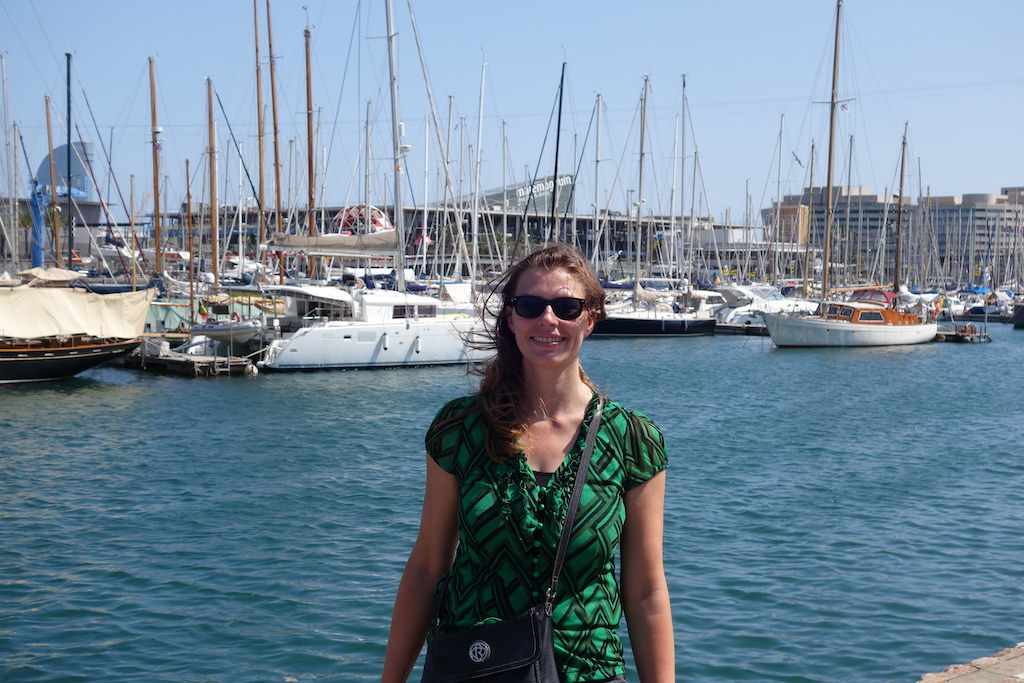 It was quite peaceful and we enjoyed the rest of the afternoon.

While we were by the marina, one of our kids started complaining of a stomach ache. As it turns out, when we gave him a glass of milk, he would feel sick and sometimes vomit. Over a couple days, we checked the expiration dates, tried several different brands of milk, and mixed in chocolate powder, gradually coming to the conclusion that he was sensitive to Spanish/Portuguese milk. No more milk for him equals problem solved! Since we were only planning to be in the region for a week, it seemed skippable in the scheme of things.