This post describes the start of our 2017 quest to visit all  21 historic Spanish missions along a roughly 600 mile stretch of California. Our kids were learning California history in school, and we wanted to show them a historic aspect of the state. Since we live in the Bay Area, we started with doing short occasional day trips to missions near home on various spring weekends.

The 8 California missions between Carmel and Sonoma are as follows, from south to north:

If you do live in Northern California – maybe see one or two of our favorites below (naturally after the coronavirus situation changes), or one closer to you. Just make sure you check the hours ahead of time as the opening and closing times can vary (including Mass times), and the closing hours can be quite early.

Since we didn’t actually take many pictures at the time (oops!) due to the ad hoc nature of the visits, we thought we’d write up some brief thoughts about our favorites and such.

Of the missions within 1.5-2 hours of the Bay Area, the Carmel mission was our favorite – it is beautiful, with large grounds and many museum exhibits. The missions founder, Father Serra, was buried there as well. It’s easy to combine with a day visit to nearby Monterey (e.g. maybe combine with the Monterey aquarium, or downtown Carmel). 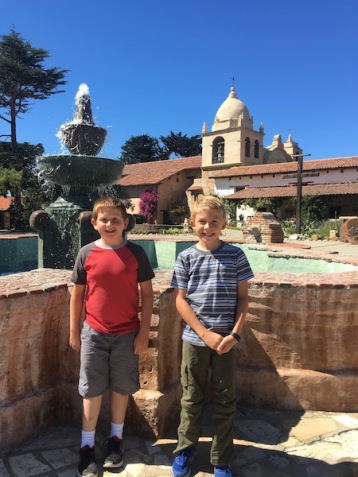 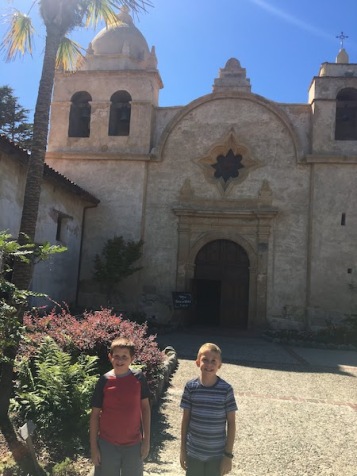 We found the mission in Sonoma quite interesting to visit as well. It is effectively part of the Sonoma State Historic Park, which had many outdoor exhibits, near downtown Sonoma. This one was a pleasant surprise – both the mission and the nearby state historic park, and they had volunteer docents give us a tour of the grounds.

The mission in San Francisco is a block from Dolores Park, hence surrounded by a fairly urban environment. It was effectively inside-only, and smaller, though fairly nicely restored inside.

Many of the others were definitely nice enough – reasonable to see if you’re in the area.

Mission San Juan Bautista is fairly big, in a more rural location. It’s probably best to see on the way from the Bay Area to Monterey. We’d go back to this one.

This Mission has the distinction of being in the middle of present-day Santa Clara University. It’s kept in very nice shape for that reason, easy to see if you’re in the Silicon Valley.

Mission San Jose had some interesting indoor exhibits – some typical ones including how they grew corn, but had a limited footprint given the location. There was a wedding just about to start on the Saturday we went there, so we saw somewhat less of this one.

Less worth a detour

Mission Santa Cruz has a modern day church built on the original site, and a small replica of the original built next to it. To us, it felt a little disappointing compared with some others. That said, there is an outdoor state park adobe exhibit next to the mission, which is worth seeing if you’re there.

Meanwhile, San Rafael is worth skipping – it’s effectively a modern church on the old site, with a few left-over artifacts kept around. If you visit, do it briefly, on the way to nearby Mission Sonoma.