In 2020’s spirit of traveling to local sites, rather than far-flung destinations, we thought we’d write up another (newly) local destination for us – a 13 mile trail trip along the Charles River into Boston from the suburbs.

In our case, we just moved back to Boston earlier this year, after many years away. The current situation has been a good one for exploring our new surroundings. We hope everybody else is able to find joy rediscovering their local area right now as well.

The Charles River is the main river through Boston, going from the suburbs, through the city, and to the harbor. Within the more urban portion, it’s common to see joggers, walkers, casual bikers, and rollerbladers enjoying the urban part of the trail. In the summer, it’s possible to rent a kayak to row on the river, while college crew teams will race the river in the fall.

We were aware of the urban portion of the trail from our earlier time in Boston, but didn’t know that much about the rest. The entire river is apparently 80 miles long. But for the final 13 miles from suburban Waltham, there’s actually a fairly decent trail:

Here are a few logistic possibilities –

There are a few necessary bridge crossings, and a few less nice parts, but overall, it’s a fairly nice (and flat) ride along the river.

Here, we simply show one-way from Waltham to the Museum of Science in Boston.

In any case, the ride started right outside downtown suburban Waltham. The trail was relatively secluded, and the river somewhat narrow. There were nice boardwalk pullouts along the trail to see the birds and such along the river. 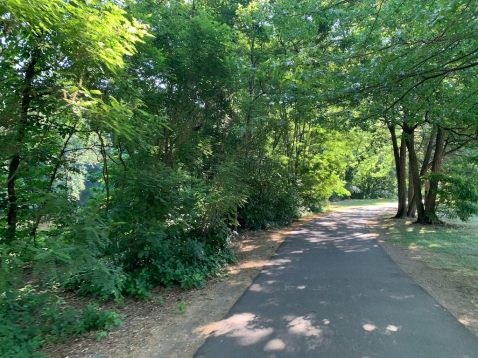 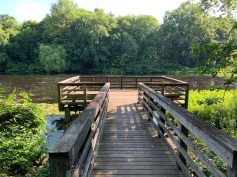 As the route wound through suburban Waltham and Newton, there was some variety of surroundings. Most of the trail was paved, though there was some boardwalk and a bit of dirt trail as well. There were some crossings and nice places to view along the way. 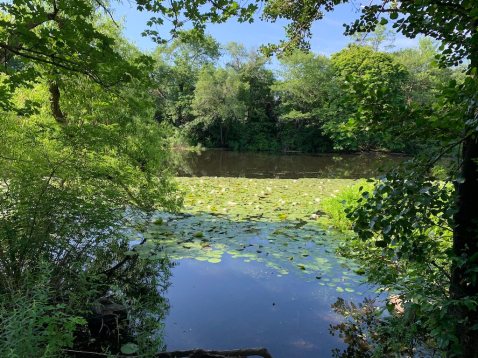 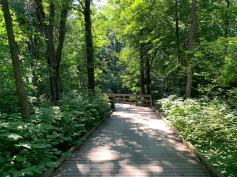 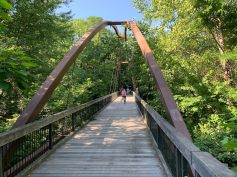 One thing that I didn’t really expect to see was a small waterfall. This explains why there were no boats on the upper part of the river.

After the waterfall, into Watertown, the river got wider. There were some parks and community boating places along the way. I saw people who had rented kayaks, and wondered if that might be a good idea for another weekend. 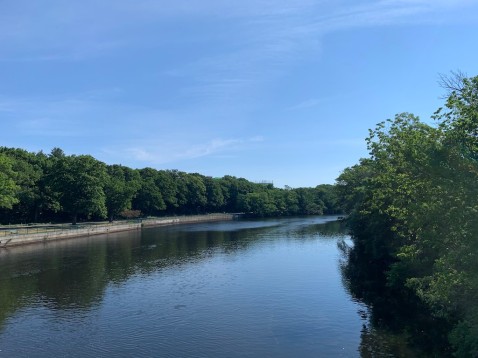 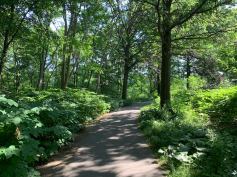 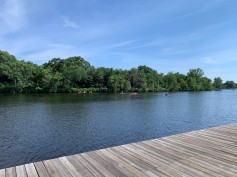 The route then got into Boston and Cambridge, as Harvard came into view – fitting that a crew boat was in the picture. From here, it’s possible to start to see the Boston sky line and the various university boat houses. 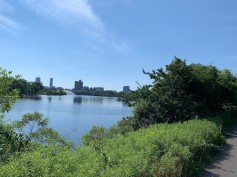 The route becomes more urban and a bit busier, but still quite nice. From here, it’s possible to see the MIT campus as well as the famous Citgo sign next to Fenway Park.

As the path goes by Back Bay, it’s busier with joggers and pedestrians, but there’s more variety along the way as it traverses the Esplanade. 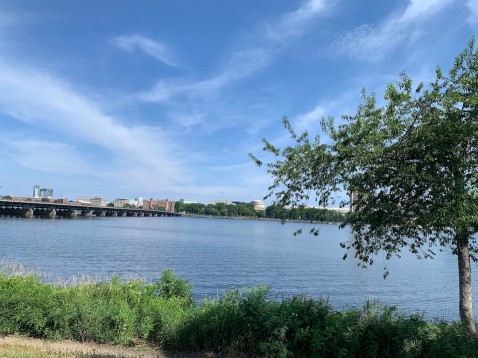 Finally, as one gets close to the Museum of Science at the end, it’s possible to look back and get a nice glimpse of the Boston skyline.

The Museum of Science has a bridge where it’s possible to cross over to the other side and bike back on the trail on the other side. Though this particular day, I continued on an alternate route through Cambridge.

in any case, if you’re in Boston, it’s definitely worth spending a bit of time on the Charles River route.