Prague is a beautiful city, but one we ended up not taking full advantage in our 2012 trip. Being the last city of a 2.5 week trip with preschool-aged kids, having gone into our trip exhausted from things at home and with a bit of illness, we needed some down time. Some trips, or at least some portions of trips, are often like that. Still, we saw the highlights and had a lot of fun, even if we could have perhaps seen a bit more.

With a late afternoon flight out of Marseille, we made it to our place by 7:00pm, having pre-booked a taxi service to pick us up. For our stay there, we had booked an apartment, right outside of Wenceslas Square, and were quite pleased with the relatively large accommodations. After getting settled in, we wandered around a bit and found some dinner.

One thing we noticed, coming from France, was that prices in Czech Republic are lower than in western Europe. Though the difference isn’t nearly as much as it used to be – Jeremy has fond memories from nearly 20 years ago of finding $5 steak dinners and $0.50 beers in Prague on his first trip to Europe, which definitely isn’t the case anymore. 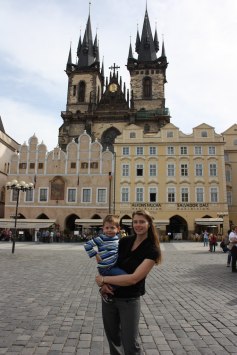 Since we were on Wenceslas Square, we walked again towards the Old Town, scoping things out and doing some of the main walks.

Prague is full of Baroque architecture, which adds greatly to the charm of the city. One of our favorite things to do there is simply to wander and get lost in the Old Town, and take in things along the way. We did see sites like the Astronomical Clock (pictured above), but I think the wandering was the real highlight.

As usual, the boys really liked the fountains in the city squares. Note the castle on the hill in the background. 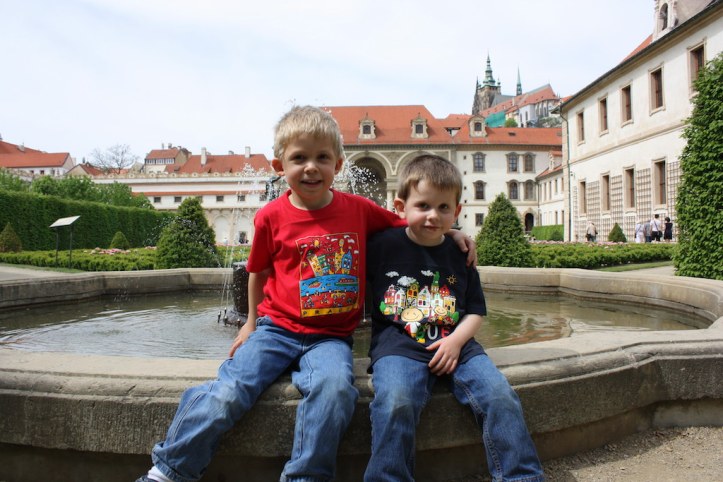 And a cool tree in a park was another little boy favorite.

Prague in the Evening

After spending some time in the New Town, we decided to head back during the sunset.  Below is a small snapshot of the Charles Bridge. We enjoyed the vibe of the city, with folks out, and were quite content.

In the morning, we wandered through the Old Town again, this time getting a couple of pictures of the Powder Tower. In the 1400’s, it was one of the entrances to the city, then in the 1600’s it was used to store, you guessed it, gunpowder. 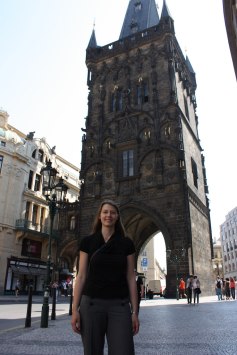 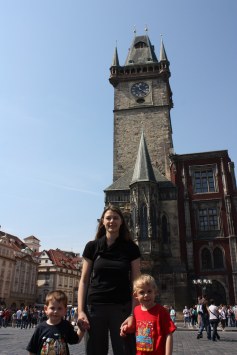 Today it is used as a museum and viewing tower.

In the center of the square is a memorial to Jan Hus, who was a famous Czech figure who protested corruption in the church, about a century before Luther. He was excommunicated, then while he was traveling under safe passage to a trial, he was captured, thrown into prison, then burned at stake.

This memorial was erected while Prague was still under Austrian rule in 1915, and is supposed to represent the nation’s ideals of standing up against foreign rulers. You can probably imagine what the Hapsburgs thought about it.

One thing we noticed about most of our meals was that they mostly came in shades of brown. Very tasty and hearty brown, but non-brown veggies seemed to be in short supply. This meal was actually a bit more balanced than some of our other meals. 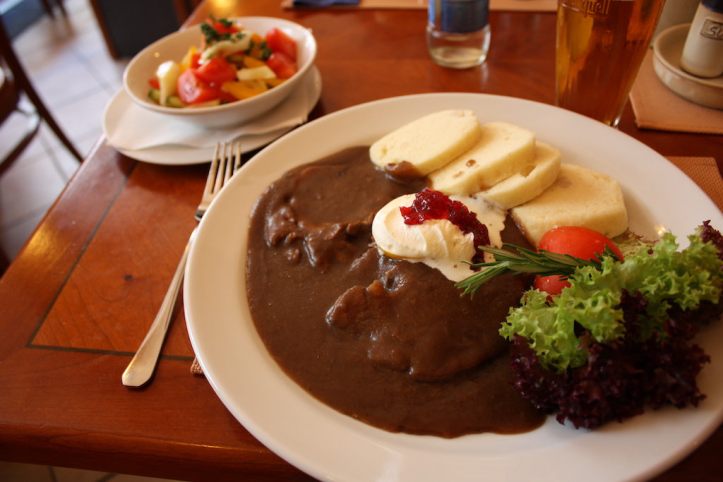 One thing I recommend when traveling with young children is to bring a small notebook to carry with you. As the kids wait for meals, they can draw to quietly entertain themselves. 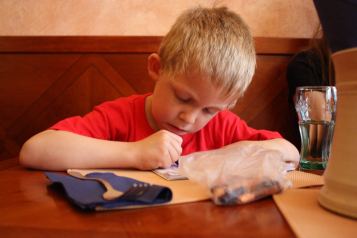 The afternoon was pretty low key and we mostly just wandered. At one point we found a really nice playground near the Charles Bridge. It’s always fun to compare various playgrounds around the world.

After several weeks of feeling a bit exhausted with travel, our last full day was bittersweet and seemed to be coming too soon. Fortunately, it was a really good day.

In the morning, we decided to see the Prague Castle. There are several buildings inside that you can see, so we made our way around the complex, and spent a good chunk of the morning there.

While there, we got some nice views of the city, since it’s elevated compared with the rest of the city. 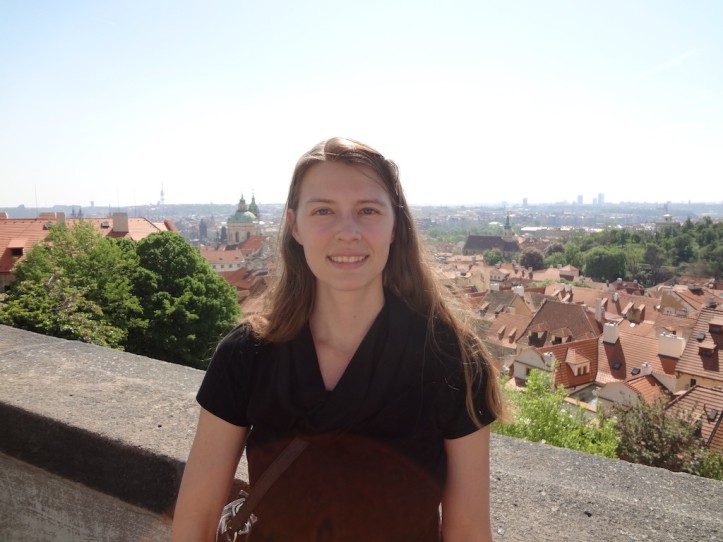 After exiting, we had a nice lunch by the castle. 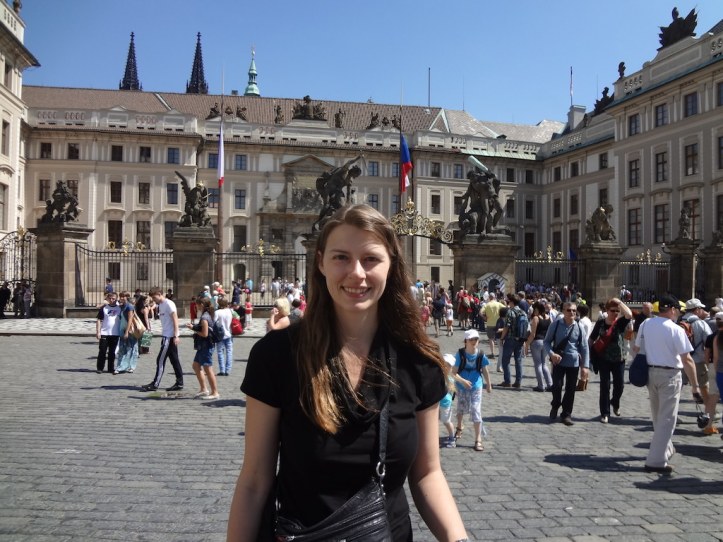 Again, the afternoon was pretty low key. We wandered a bit, stopped at a coffee shop, visited another park, got some souvenirs, had a lovely dinner, then bought the kids some ice cream cones. It was a bit sad to realize that we would be leaving in the morning.

What a nice time in Prague!