While travel planning, we decided that the kids might need a break, so we thought a day of intense fun might be the ticket.  We searched for Germany’s amusement parks, though most of them were in the west side of Germany (e.g. Europapark is probably the most famous one, but it’s basically next to France), rather than closer to Berlin/Leipzig where we were planning to be. The closest interesting that fit our schedule to be Heide Park, which is an hour outside of Hamburg, in northern Germany, and roughly 3.5 hours from the previous hotel in Leipzig.  It added a bit of driving, but we thought that the kids wouldn’t mind, given the destination.

We decided to keep it a secret, alternating between telling them that they would really like it, and that we picked out an extra special art museum (not John’s favorite).  All the while, we were making sure that we kept the name of the town a secret, just in case the kids decided to do some investigating of their own.  I slipped a bit on the ten minute drive to the park, giving them a bit of hopeful excitement without completely giving the surprise away.

On arrival, their eyes lit up!  We decided to splurge for some of the fast pass tickets to help with lines in the afternoons. The boys hopped from ride to ride, letting me know as they entered, which ride I should reserve next.  Super fun!

We were there a bit early, and when the gates opened, we told John to turn around for a photo.  By his expression, you can tell what he thought of the idea.  Probably something like, “Hurry up, I want to get to the rides!” 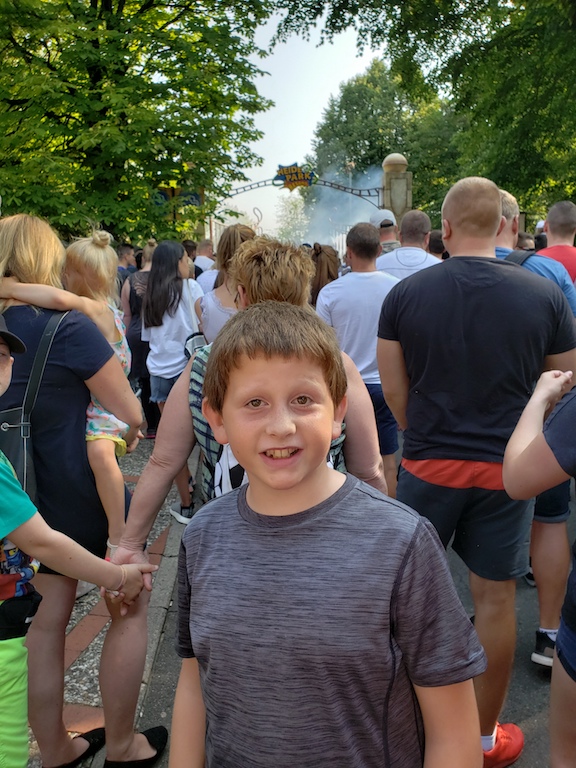 We started with a few of the rollercoasters, then decided that since the lines were so short, we should save the fast pass rides for later in the day and focus on the ones that I could ride with the kids without a fast pass.  So we headed to the raft ride, which got us just wet enough to be fun, but not wet enough to be annoying. 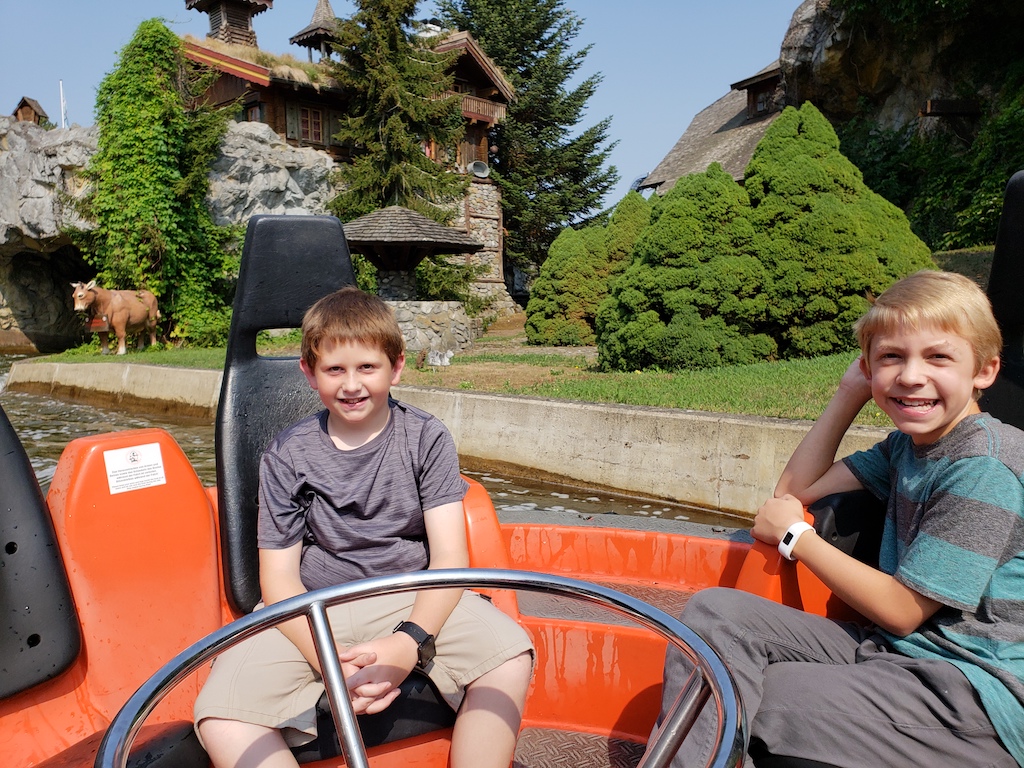 We then returned to the rollercoasters, where Jeremy discovered that amusement parks are much more tiring when no longer a teenager.  John was particularly happy that he was 10, as 9 year olds are not allowed on many of the rollercoasters.  As it turns out, there were only two rides in the park forbidden to the boys. 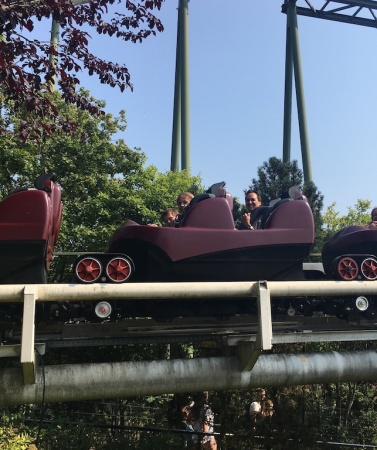 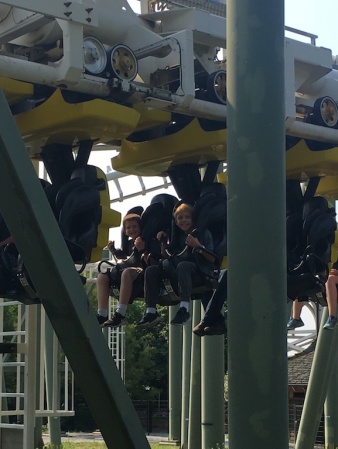 Once even the boys decided they had had enough, we headed over to the log ride, which had a surprisingly long wait, but the fast pass, in combination with a long walk combined with a couple of other ride stops, bypassed the line and made it much more enjoyable. 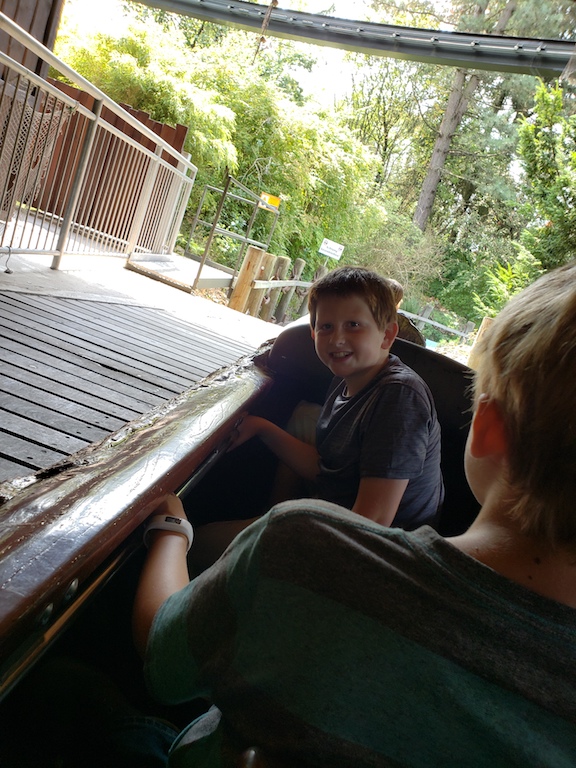 Eventually, we decided it was time for a break, wandered a bit, and got lunch at Pirate’s Burgers. 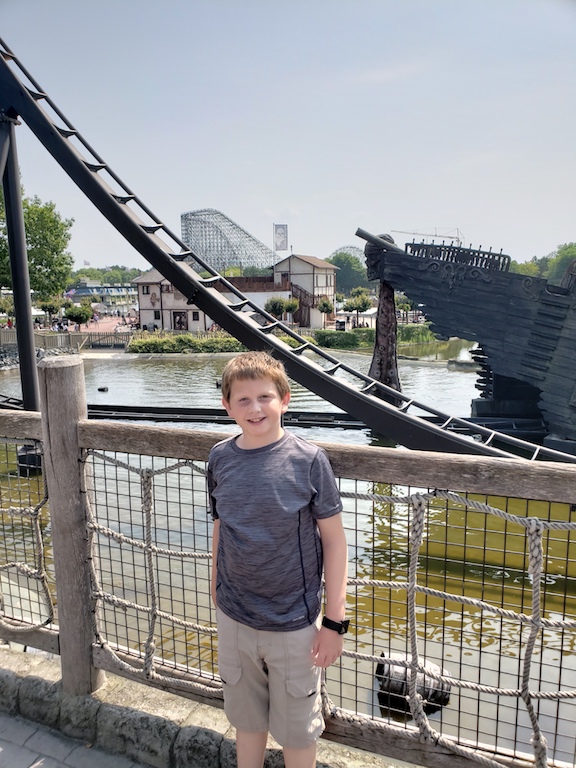 We found some really amazing slides that had so many stairs that the boys only wanted to go on them a couple of times before moving on. 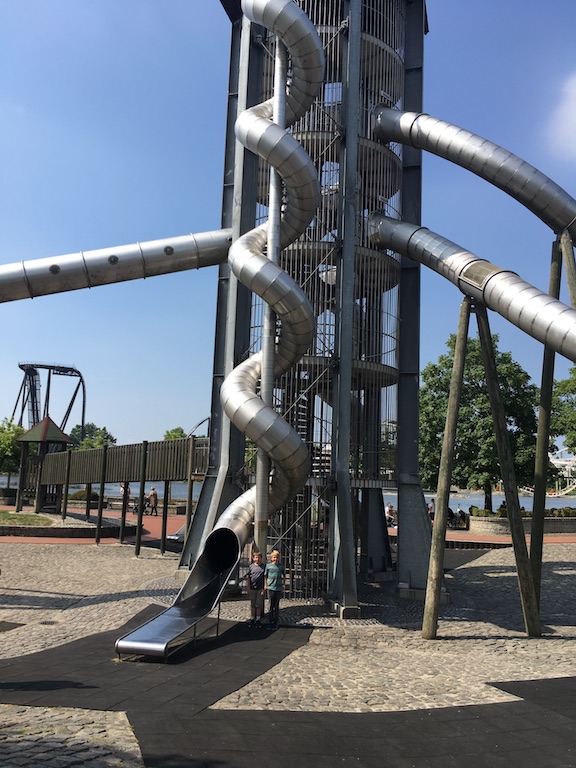 Mid-afternoon, it was time for some slushies.  Compared with amusement parks in the US, the food seemed to be much better quality, and it is more reasonably priced.  At home we always cringe when we need to pay a fortune to get horrible food that has been sitting under a sunlight for hours.  We had a similar experience at the zoo in  Singapore, where the food was reasonably good and not grossly expensive. 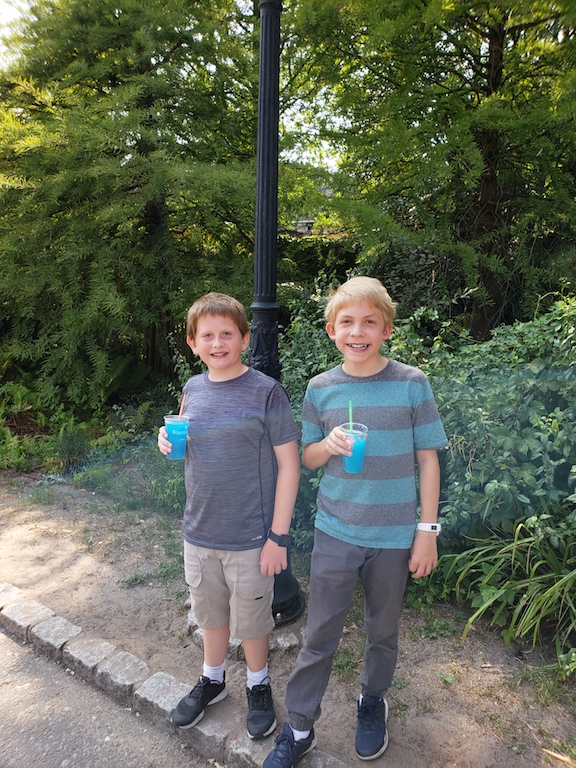 The rides stopped running at 6:00pm, and around 5:45 the boys asked if we would be disappointed if we left early.  Perfect timing!  When they found out there was only 15 more minutes, they happily ended the day with a couple of runs on one of the bigger roller coasters.  Super fun day!

For dinner, we decided to eat at our hotel restaurant.  Everyone was tired, and was happy with the idea. 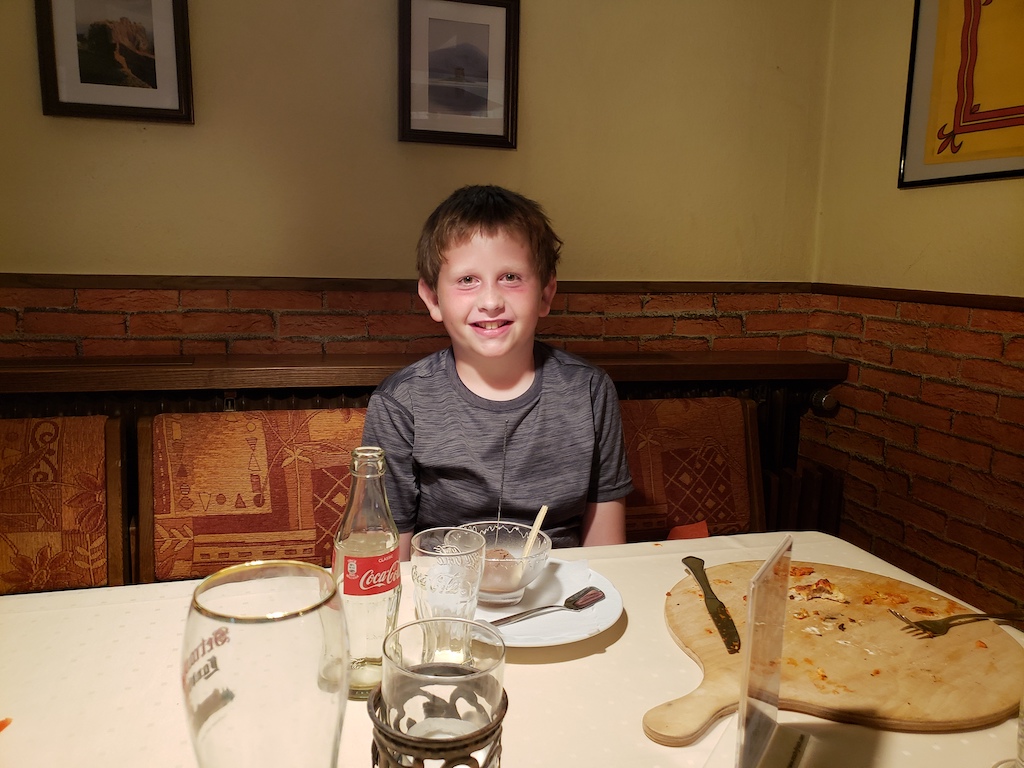