Our journey from Jodhpur to Udaipur began at 9:00am.  Fortunately, everyone was feeling mostly better from the previous day.  Shortly after leaving the city, our driver briefly stopped at a shrine dedicated to safe travels.

A little later we were held up by some sheep.

Our next stop was at the Sheth Anandji Kalyanji Jain Temple in Ranakpur.  It was incredibly beautiful, but all of were getting a bit tired of temples, so we didn’t stay long.

The Jain temples, in particular, are incredibly elaborate and tend to have a lot of very high quality stone carving. 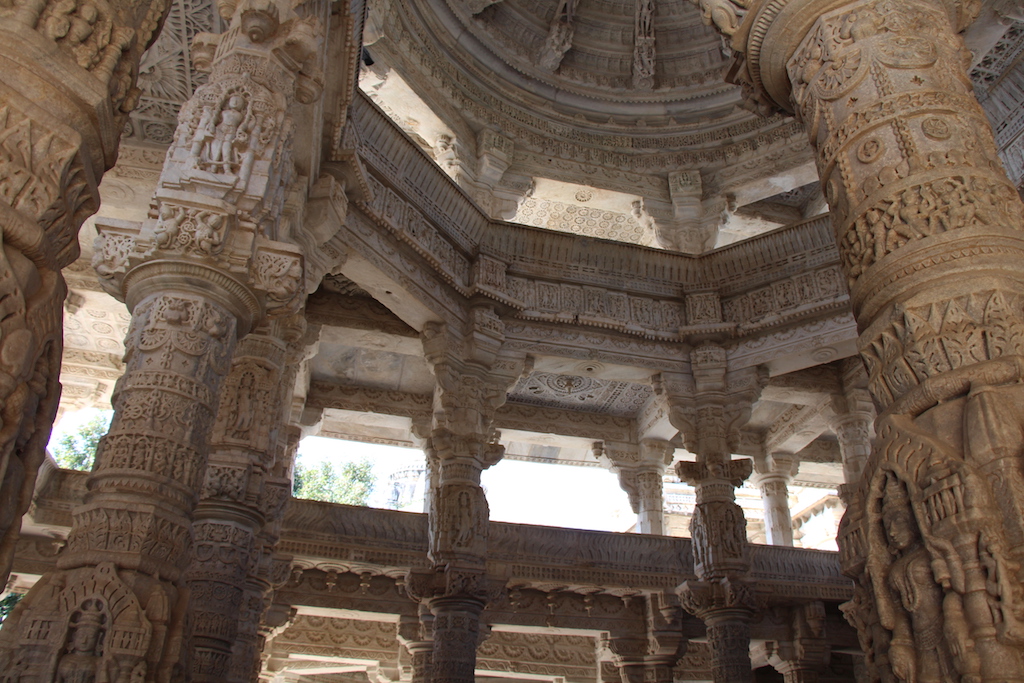 We then continued into the jungle, and realized that the bananas our driver gave us yesterday were actually intended for the monkeys, and not for our weak stomachs as we originally thought.  At least we still had a few left.  Given that none of us had elected to get rabies shots, we got really nervous when our driver rolled down our windows a bit and told us that we should feed the monkeys.  The kids were super disappointed when we rolled the windows back up, but we really didn’t want to chance it.  Sometimes the kids wish we were “cooler” parents, but fortunately, the kids were appeased when our driver through a banana out the window.  You can probably imagine their amazement when all the monkeys came over to climb on the car and look in.  John held our box of sweets in the window and was super delighted to have a monkey about two inches from his face.  If the window would have been down, we would have had some extra passengers.

We stopped for a quite terrible, and very overpriced lunch.  We were learning why our driver was always reluctant to stop at regular meal times.  Food in the larger towns tend to be much better for tourists.  I’m sure a lot of the local restaurants are much better than this particular one, but they are also not safe for American stomachs.

Driving further, we spotted a guy driving his oxen to operate a water wheel that was used to fill a bunch of troughs that would then be used to irrigate his fields.  For a small fee he was happy to let us hop on and take pictures.  The seat was quite close to the cow’s behind, so I decided to pass, just in case the cow decided it was time to make a pie. 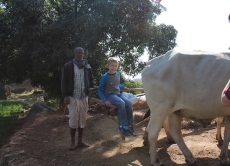 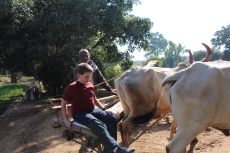 The drive was fairly scenic.

We then stopped by the Kumbhalgarh Fort, which quite nice. 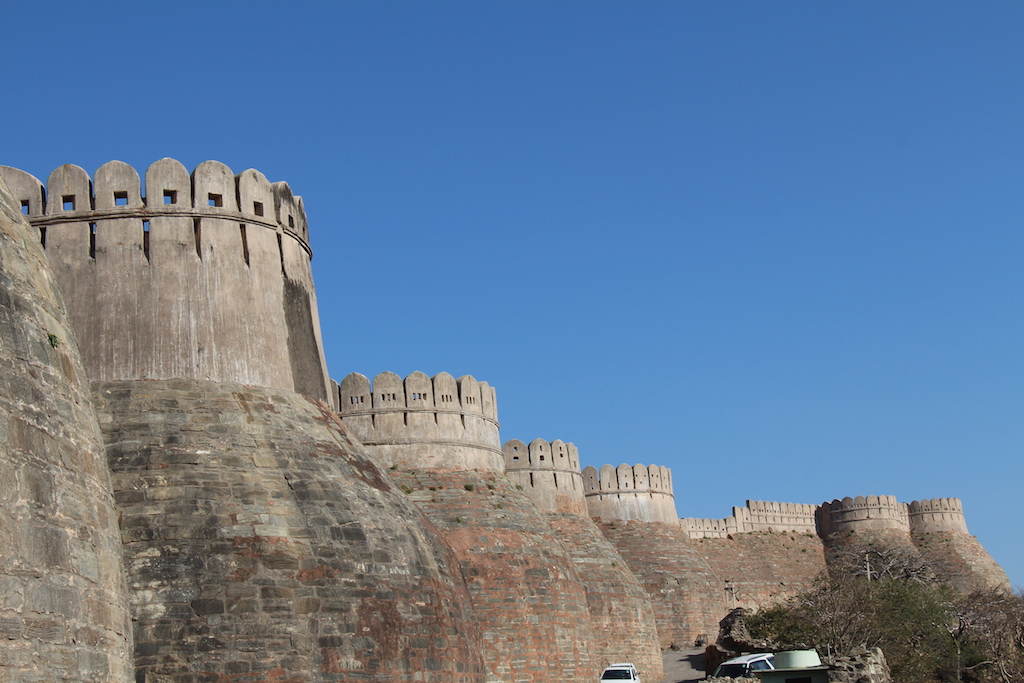 Given that is was a weekend there were a lot of local tourists out, and it seemed like all of them wanted pictures with the boys.  They got sick of it very quickly, and we tried to shield them a bit, but some people were more receptive to the words “no thank you” than others. 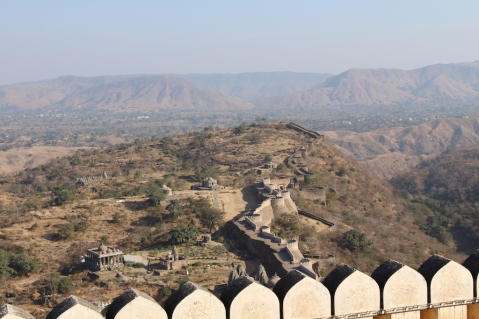 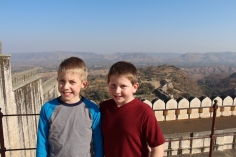 There was more nice scenery. 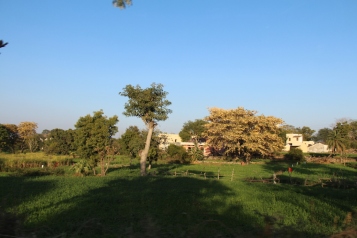 And then we started to approach my favorite city in India, Udaipur!