After spending a hot, yet interesting afternoon exploring the old city, we took a rest at our hotel until sunset, then decided to venture out to see what Chiang Mai had to offer in the way of New Year’s Eve festivities. Amazing! We spent a delightful evening wandering the markets and enjoying the beautiful lanterns. There really is nothing like it. If you have ever seen Disney’s Tangled, you will quickly understand Rapunzel’s fascination with the lanterns she sees every year.

As we set out, the city was delightfully cool and pleasant. As we were staying just outside the city walls, we had to cross the river to get into the old city. So pretty!

Our plan was to find dinner on the way to a night market, so we stopped once we saw something that caught out eyes. My lemongrass salad with ground pork and peanuts was delicious!

As we continued to walk, we were delighted to discover that the entire old city had been shut down and turned into a special New Year’s Eve night market! The mystery of why we had a difficult taxi ride earlier in the afternoon was solved.

James decided that he needed to try the bubble tea, so we stopped at a stand that was selling some.

As we wandered, I was a little sad that I was so full. There were so many stands with delicious looking food. At one point James decided to try the durian ice-cream. Definitely stinky, but tolerable. It ended up taking a while to be able to throw away his trash. In Thailand, it can be wise to scope out the trash can situation before buying something that will require trash disposal. 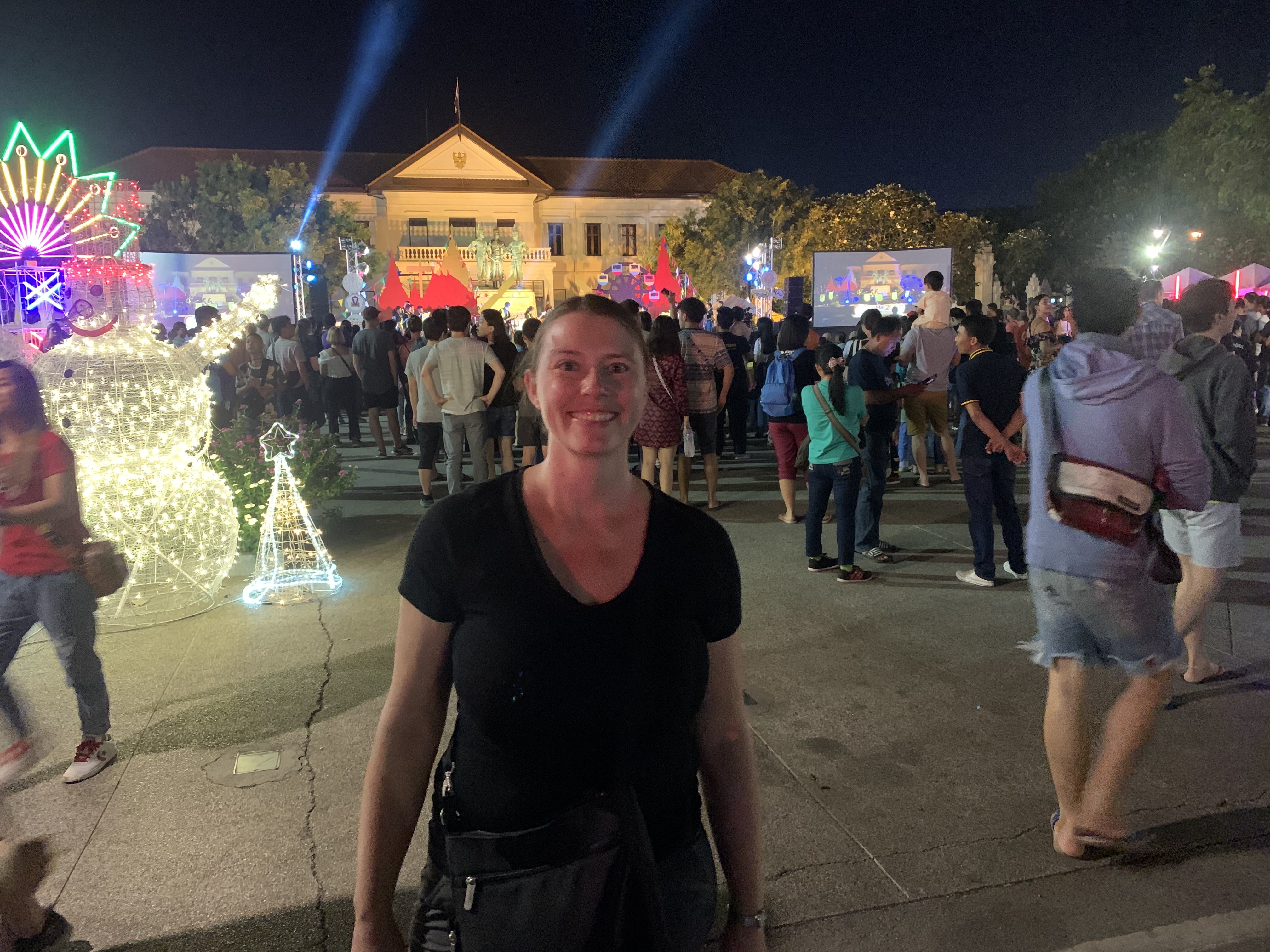 I found a cute silk elephant scarf, and John found an elephant tie and cuff links that he really liked. We wandered for hours. So delightful! Definitely better than wandering in the heat of the day. 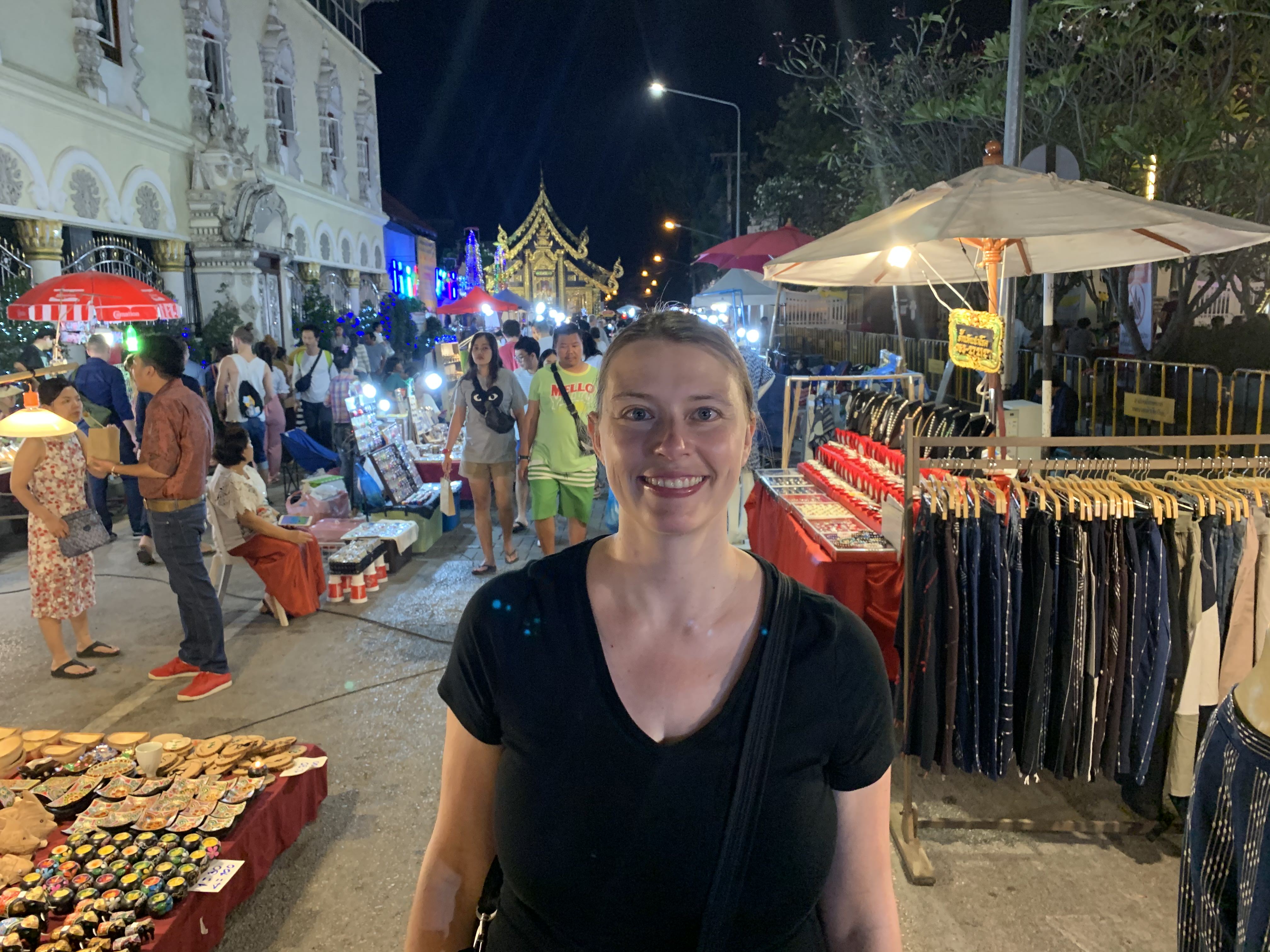 As we kept wandering, reaching the area just outside the eastern wall of the city, we saw plenty of people (including families) in the squares, lighting candles in various patterns to ring in the new year. 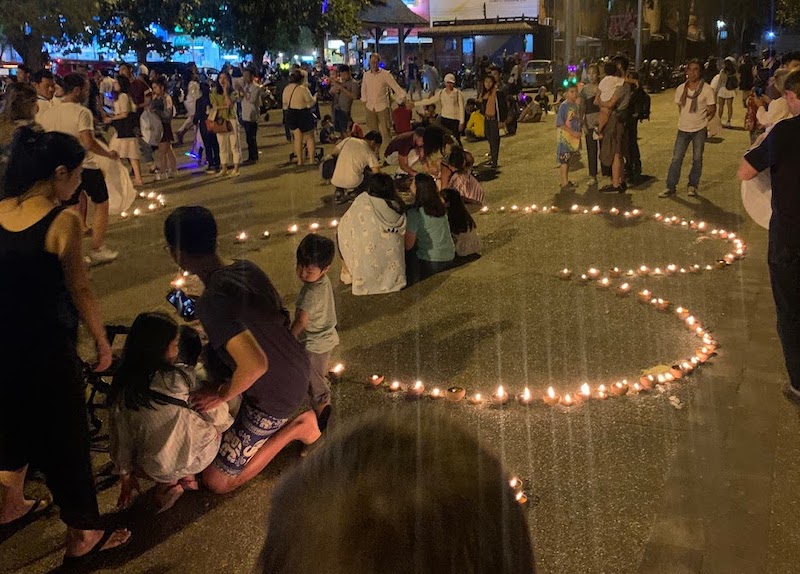 Even though the night market was charging us up, all of us were feeling a bit tired, so we kept wander. It was 9:30pm. We had read that a lot of the temples release lanterns at midnight, but we weren’t sure that we could wait that long.

To our delight, as we approached the walls and river, we found that the New Year’s Eve lantern lighting and releasing was in full swing!

How beautiful! How terrifying! The lanterns were much bigger than I imagined, and the idea of balls of fire floating over the city was a bit scary. How do they not burn the city down every year? I can’t imagine California ever allowing anything remotely similar!

The boys really wanted to set one off, but honestly, I wasn’t sure how I felt about balls of fire floating through the sky, landing wherever they might land. As we watched people set them off, we saw some get caught by a gust of wind, tip over and come down as a flaming ball of fire. Others got caught in the power lines. Even worse, some people were trying to set them off under trees, and some of them got caught in the trees! We saw at least two trees that had caught on fire! 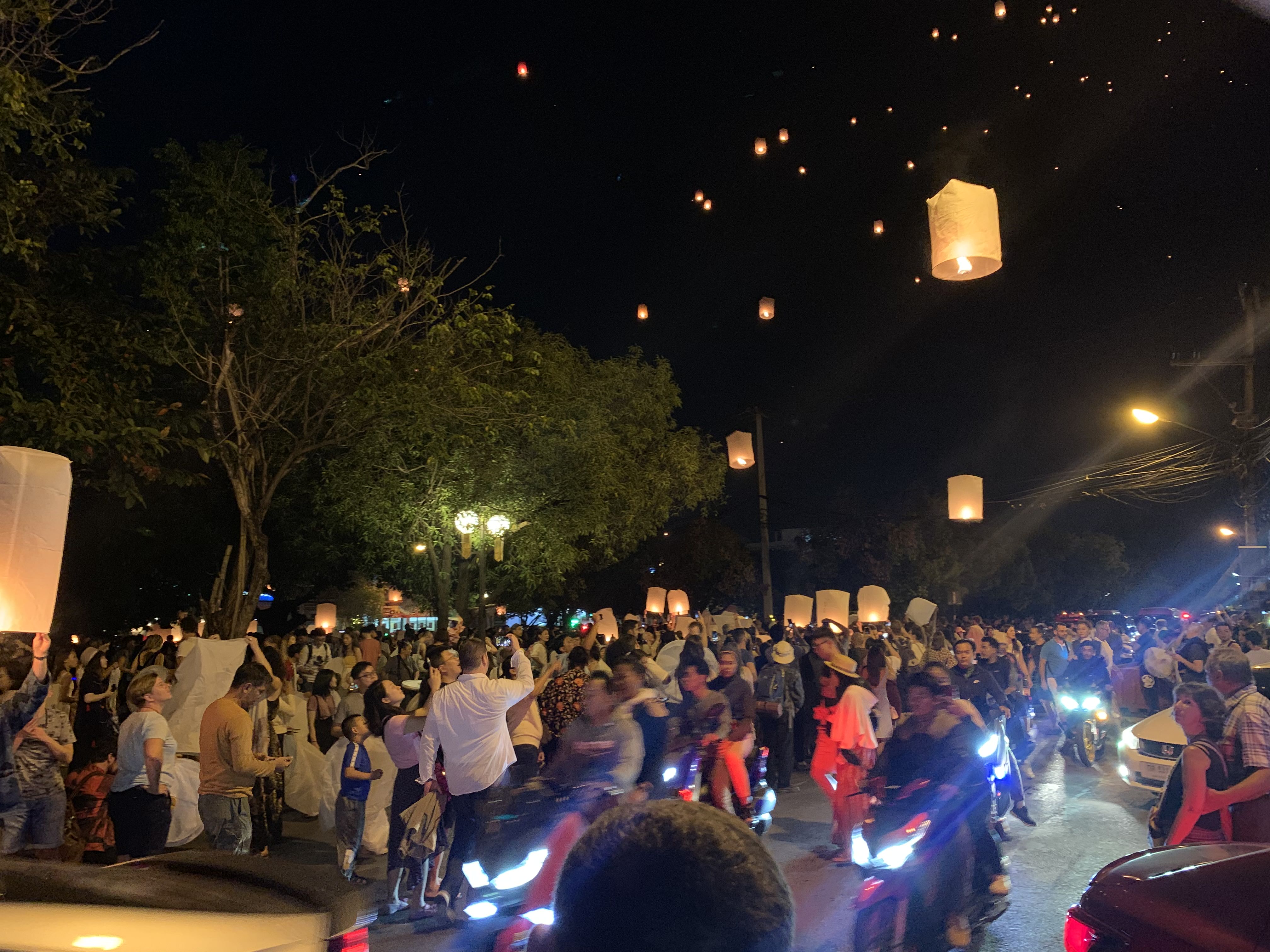 But, even with the mishaps, it was a ton of fun! The city didn’t burn down in the middle of the night, which was even better. 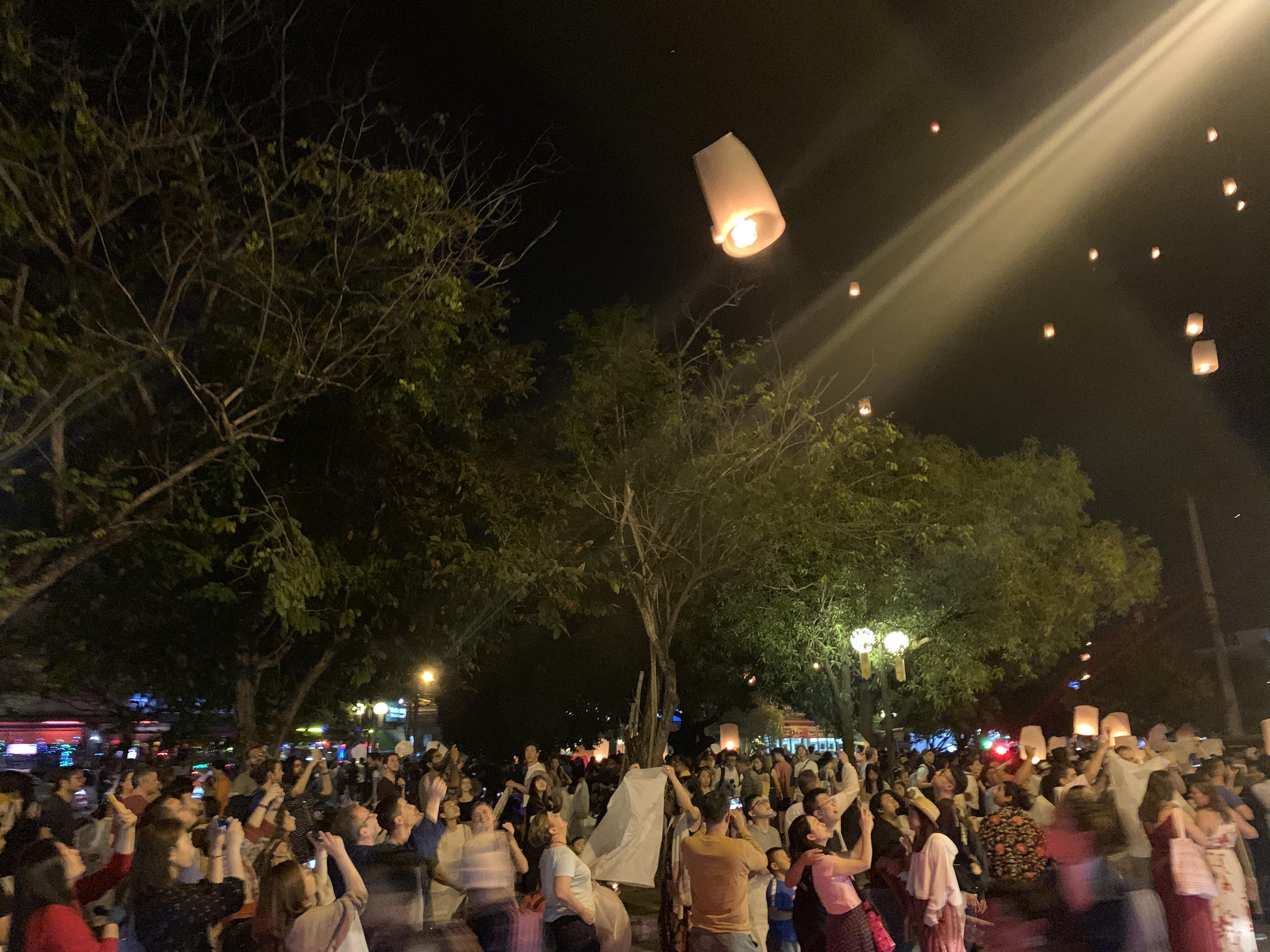 We took our time enjoying the festivities, but eventually we decided that we were ready to head back to the hotel for the evening.

As we walked, we saw burned out lanterns landing within about 15 feet of a gas station. And there were tons of other burned out lanterns throughout the city. The boys had fun inspecting them and lamented the fact that they had “boring parents” that wouldn’t let them light a lantern. Oh well.

Even if we are “boring” parents, we still had a pretty good evening! If you are ever in Thailand during a lantern festival, definitely consider spending the night in Chiang Mai!