While in Rome, you should try to visit both the Vatican Museums and St. Peter’s Basilica, preferably on the same day.  The Vatican Museums are most famous for the Michelangelo’s Sistine Chapel, but among other things there is a ton of other amazing Renaissance art and an excellent Egyptian exhibit.  Given the location and the fact that it is the burial site for St. Peter, St. Peter’s Basilica is probably the most famous church in the world.  If you visit one church while in Rome, this is the one you should see.

The main downside of the Vatican Museums are the crowds.  On your way to the Sistine Chapel, be prepared for crowds like no other.  You will literally be shoulder to shoulder with your neighbor as you do the shuffle past some of the most amazing artwork that you have ever seen.

If you are going to visit the Vatican Museums, buy advance tickets.  They currently become available 60 days in advance, so try to get them as close to the first day they go on sale as possible.

The first time we went to the Vatican Museums (2015), we did not have advance tickets and even though we arrived at opening, the line was going to be at least two hours long and we were going to have to stand in full sun for part of it.  Jeremy decided to shell out extra money to a vendor selling “skip-the-line” tickets.  Basically, you sign up for a tour, enter with a guide, then split off from the tour after entry.  It worked, but it cost roughly double and at the time we weren’t sure if we were getting ripped off. 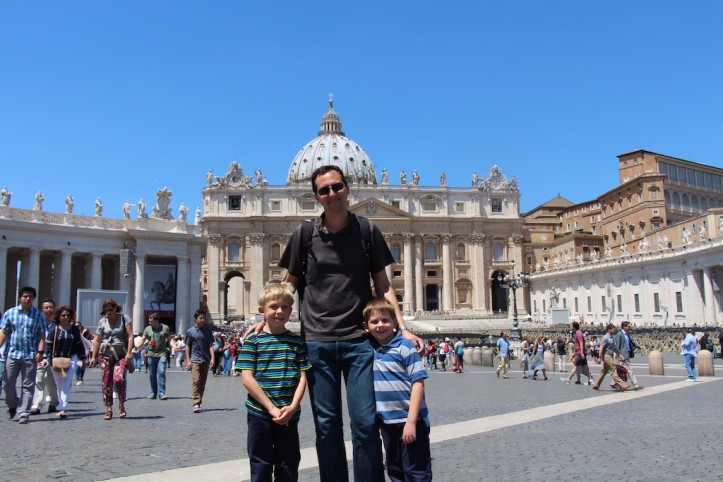 Our visit before that (2005) we also didn’t have tickets, but Pope John Paul II died as our plane was landing.  The Vatican Museums were closed for the entire time that we were in Rome, so it really wouldn’t have mattered what we did.  Still, it was a fascinating experience to see what Rome looks like in preparation for his burial and the selection for a new pope.  Interestingly enough, we happened to be in Germany when German Pope Benedict XVI was selected to succeed him.  Definitely an interesting time to see this piece of history unravel. 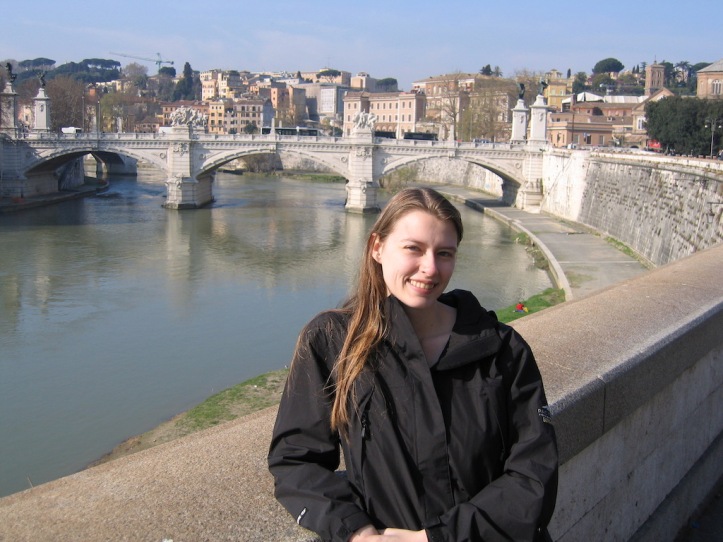 In 2019, we bought tickets in advance, but about a month later, we got an email that indicated that the Sistine Chapel would be closed for a special event from 10:30am-1:30pm.  Given that our tickets were for 9:30am, and that last entry to the Sistine Chapel would be 10:00am, we were quite disappointed.  I almost decided to buy new tickets, but not wanting to waste money we decided to go with it, see if they would let us in a little early, and beeline for the Sistine Chapel.  As it turns out, this was just like everyone else who was visiting that morning.

Inside the Vatican Museums 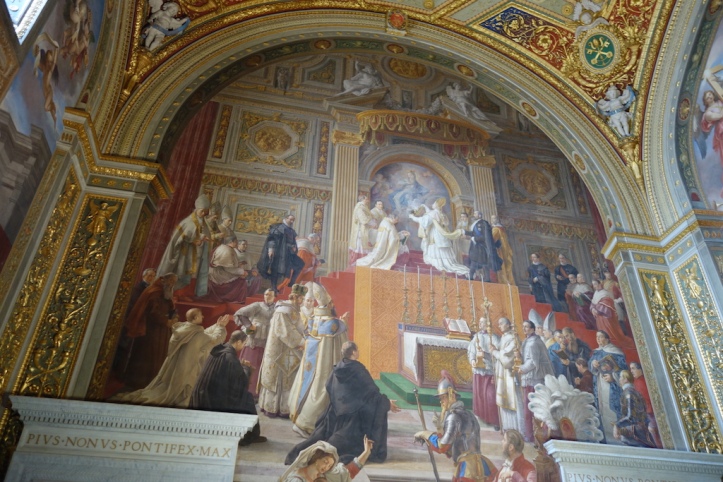 Still getting familiar with how the Rome buses worked, we budgeted extra time and made it to the entrance about 8:50am.  The buses in combination with Google Maps is an excellent way to get around Rome.  Really, it is much less scary than it sounds.

Fortunately, the guards took a cursory look at our tickets and waved us through.  We have heard that they sometimes enforce ticket times quite strictly, but with the Sistine Chapel closure, maybe they were feeling nice.  By 9:00am, we were inside!  A full half hour early.

If you are not in a rush, make sure that you stop to see the Egyptian Exhibit near the entrance.  If your kids are like ours, they will be delighted by the mummies.  Add in all the other amazing artifacts, and be prepared to be wowed.  Even though the boys and I had recently been to Egypt, we still found it quite interesting.

The Path to the Sistine Chapel

From here, follow the crowds to the Sistine Chapel.  Even though you will feel like a sardine in a can, remember to look up and to the sides.  The artwork is stunning.  Even if you are keeping up with the crowds, you should be able to take quite a few pictures as you walk.  Just make sure that you keep track of your purse and wallet.  The situation is a delight to pickpockets.

Even though we were trying to go as quickly as we could, we did not make it to the Sistine Chapel entrance until 9:50am.  Whew!  10 minutes to spare! 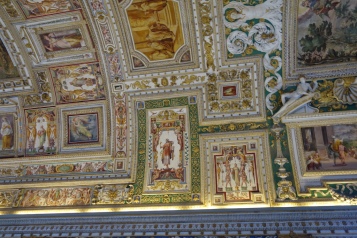 One realization that we had was that there would be no doubling back.  There is a separate hallway that will lead you back, but the crowds are so extensive that you need to do the route to the Sistine Chapel as a one way path.  There is no swimming upstream!

You will find yourself on what seems to be endless staircases with few displays.  Keep following the crowds.  Eventually you will reach the Sistine Chapel.

On entry, be amazed!  The crowds will be overwhelming, and the guards will be directing people to scoot towards the middle, stop blocking the paths, and will be yelling at the tourists who try to take pictures.  This time around, we were not able to take any, but in 2015, we captured a good one:

Now is the time of decision.  You can either leave the museums and follow the tour group exit to St. Peter’s Basilica (avoiding the line to get in there) or you can exit back to the peaceful part of the Vatican Museums and explore at your leisure.  In 2015, we took the tour group exit.

With the mad dash to the Sistine Chapel, this time, we decided that we really wanted to double back and see the Egyptian exhibit that we had missed and see what else was on display on the way.

Back to the Main Entrance

After the mobs on the way to the Sistine Chapel, you may not think that the museum could be peaceful, but you would be wrong.  On the alternate route back towards the main entrance, we enjoyed many exhibits that could be compared to other major history museums.  James particularly enjoyed a room dedicated to maps.  John liked the rooms that had military or farming themes.  I loved the paintings.

A lesser known highlight of the Vatican Museums is the Gregorian Egyptian Museum.  The mummies and sarcophaguses are quite interesting.  The boys really enjoyed comparing it to what they had seen in Egypt.  John remembered learning about Anubis, the god-creature that was said to usher people into the afterlife and be present for the weighing of hearts that would determine where the person would go. 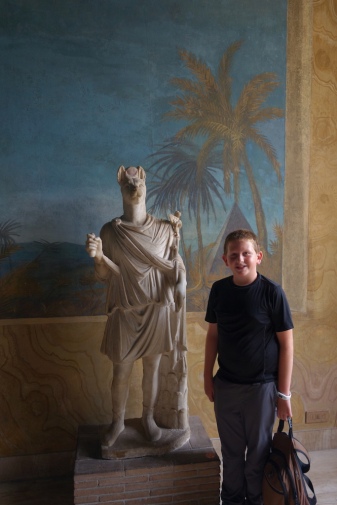 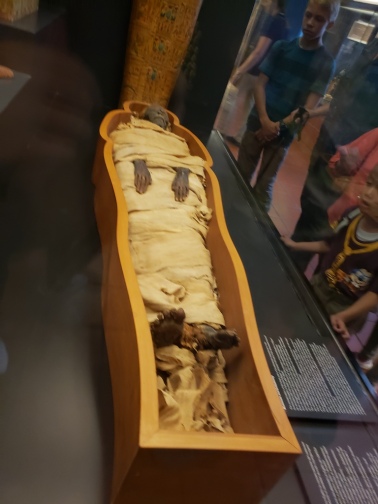 The Pio-Clementino Museum was a delightful surprise to me.  For whatever reason, I had forgotten about its existence.

We came across an amazing selection of Greek and Roman statues and spent much more time here than we planned. 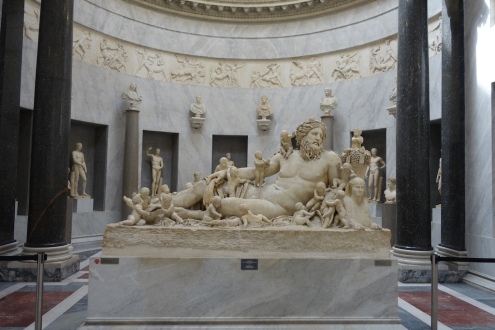 Don’t forget to look down.  The floor mosaics are quite nice. 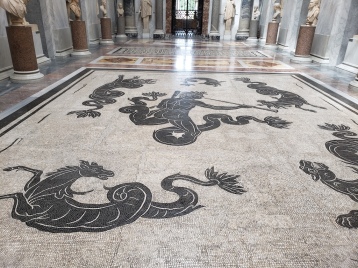 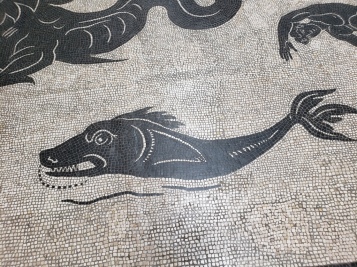 Thoroughly exhausted, we debated trying to see more of the museum, but everyone was done and wanted to go find lunch.  We did sit in the courtyard for a while.

Then we made our way to the exit, admiring the neat staircase on the way. 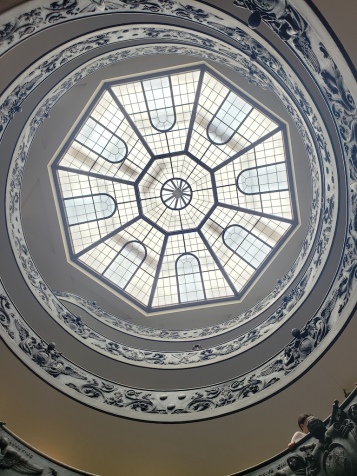 Completely forgetting that we wanted to go to St. Peter’s Basilica, we headed for the metro station.  I remembered on the metro, but decided that we were too exhausted to go back at this time and continued on to the Spanish Steps.

The next morning, we decided that we really should remedy our mistake and visit St. Peter’s Basilica, so we took a different bus that let off closer to the church entrance.  Everyone was refreshed from a good night sleep and we were able to see this amazing church with a lot more pleasure.

As we approached the Basilica, we admired some of the statues.

The only bad thing was that there were a lot of Sunday services going on, so we were forbidden from sections that had active worship. 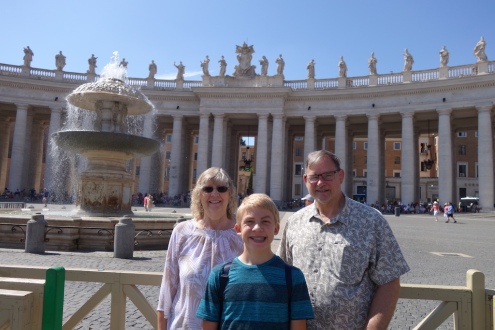 So beautiful!  It’s also understandable that the extravagance here lead to some outrange elsewhere in the Europe at the time, leading partially to the Reformation. 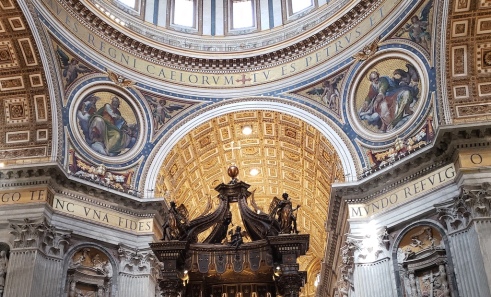 The church is best known as the site of St. Peter’s burial place, but it is a lot more.

As the closest church to the Pope’s residence, it tends to get a lot of use.  Most Sundays and Wednesdays, the Pope will make an appearance, either from a window on St. Peter’s Square or in the Square itself.  See all the chairs being set up for the lucky people who managed to get tickets: 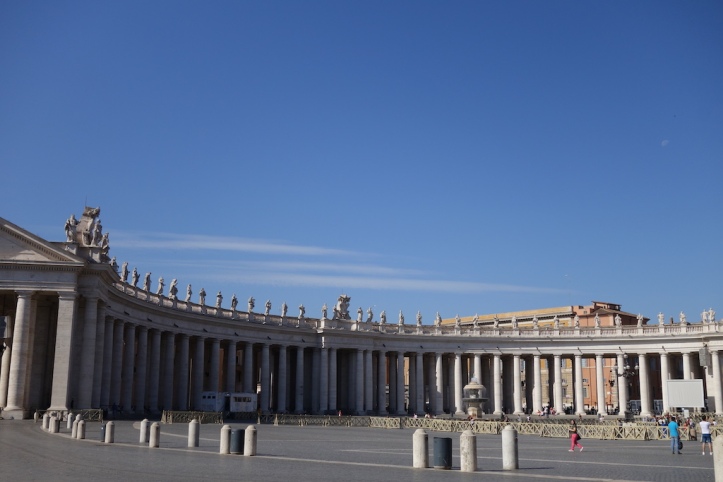 After we wandered to our heart’s content, we headed for the river to explore some more, then ate at a restaurant in a beautiful setting across the bridge.  The food was a bit mediocre, but the view more than made up for it.  If you are willing to put up with a tourist trap restaurant, consider this as an option after your Vatican visit. 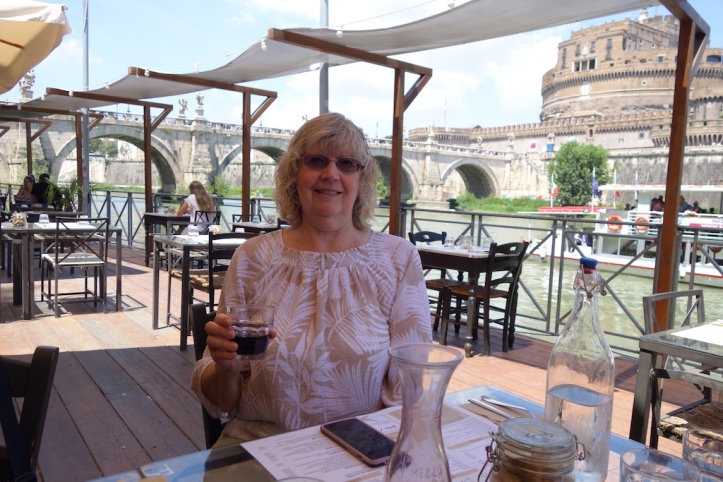