Wanting to see more of New England, I recently spent three days biking from Boston to Provincetown, at the end of Cape Cod. Jennifer and James helped ferry me to start/end points for each day from our place in Boston (we’re skipping avoidable hotels due to covid), and spending some time at the beach during my rides. I thought I’d write up some pictures and thoughts about that trip.

The three (roughly 3-4 hour each) segments that I rode were:

In this post, I write up the first day (which doesn’t technically get to the Cape yet). The last day days are in this follow-up post.

A few observations from doing the overall ride:

My overall 3-day route was roughly as follows:

On the Cape, I largely followed the Bike Route 1, as well as some parts on the Cape Cod Rail Trail. Both have signs, as shown below, though I also used my phone and Garmin Edge Bike GPS to help navigation. 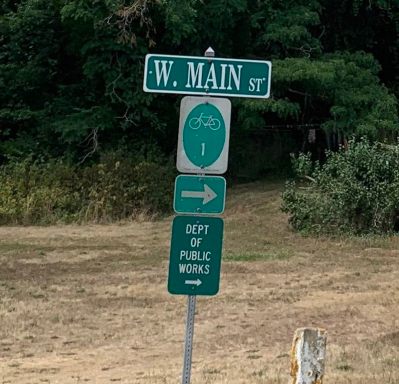 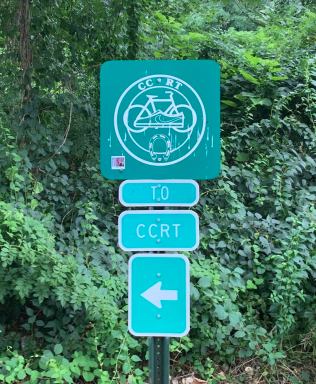 I had also ordered a paper Cape Cod bike map, though it didn’t actually arrive until after I had finished the first two segments. Paper bike maps make it easier to spot more pleasant routes. Google maps bike mode is helpful, but if I’d had the paper bike map earlier, I may have veered further south at the beginning of the Cape by Sandwich/Mashpee, since there are more bike-friendly roads in this area.

Jennifer wrote up her side about exploring Plymouth while I biked my way there.

Meanwhile, I started by the Boston/Cambridge Mass Ave bridge, seeing the Boston skyline highlights. The first part of this was great, passing some Boston landmarks and highlights, plus some regular residential areas. 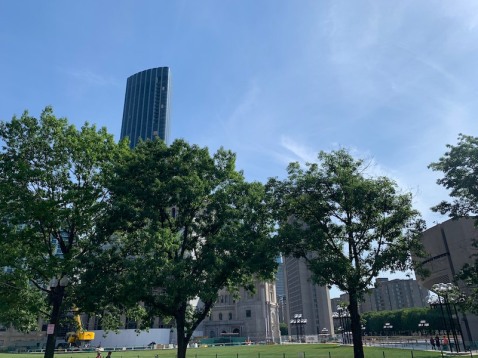 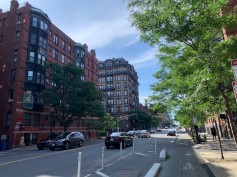 That said,  as I kept biking south, it gave way to more industrial parts of the city and potholes. It was interesting to see some parts of Boston that I’d never seen before, though if I did it again, I’d see if other routes were more scenic.

Having gone through Boston, I crossed a river to more suburban Quincy. One surprise was the recently built Hancock-Adams Common in downtown Quincy, honoring two famous figures from this town (Braintree at the time) – John Hancock and President John Adams. 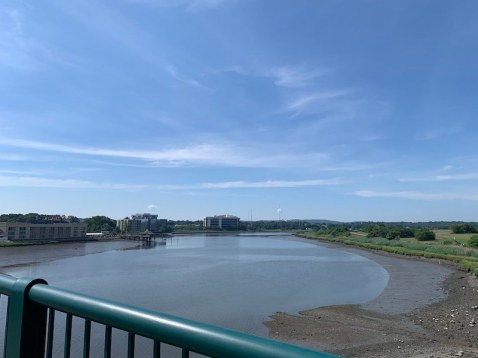 From Quincy, I kept biking south, much of it on State Route 53, which was somewhat so-so in parts for a while (e.g. car lots, which are not pictured).

There were definitely nice stretches along the way, e.g. a detour from 53 through a quiet road in Hanover that was nice. The route generally got nicer as the roads got further from Boston.

Eventually, having passed through Duxbury, I got into the Plymouth outskirts and could see the water from the distance.

Biking by some local parks, I made it to the main Plymouth downtown where Jennifer and James were exploring and met up with them. I had originally thought of biking another 10 miles to the Sagamore Bridge that day, though with the 90 degree heat, I decided that this was enough for a first day. 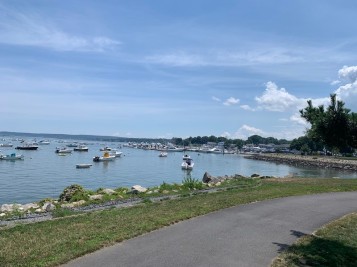